5.1 surround sound has 6 sound channels, and so 6 speakers. It includes a center speaker, subwoofer (for low frequency effects, such as explosions), left and right front speakers, and left and right rear speakers. As it has a smaller number of speakers and is the industry standard, it is simpler to set up, cheaper and suitable for small or medium-sized rooms. 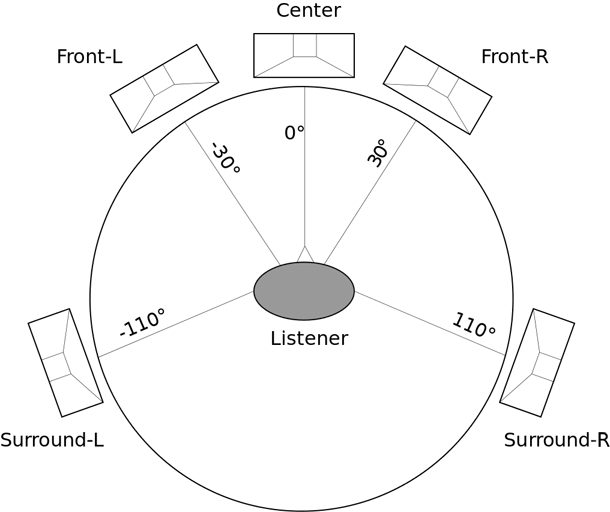 Recommended configuration for 5.1 setup. Subwoofer—not shown—can be placed anywhere in the 360-degrees. 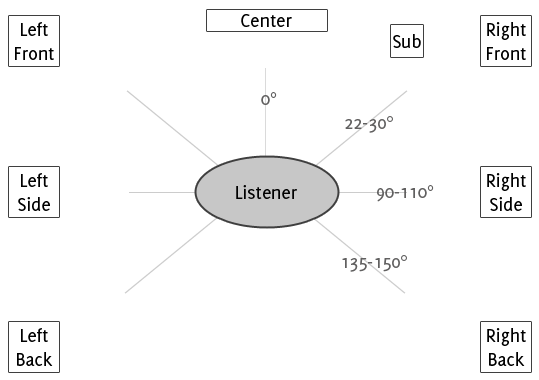 Layout and configuration for a 7.1 surround sound system.

7.1 surround sound can be achieved using Dolby TrueHD or DTS-HD Master audio. These are considered “lossless audio,” identical to the movie studio’s original.

5.1 is the industry standard and is used by most DVDs and Blu-ray disks, as well as by HDTV and video games. It is also the most common sound system in commercial theaters.

Most Blu-ray players support 7.1 sound, as does the PS3. Most DVDs, Blu-ray disks and games are still produced using only 5.1 audio, but an increasing number of Blu-ray disks are being released with 7.1 sound as well.

You can find the current price and other 7.1/5.1 products on Amazon:

5.1 surround sound was developed by Dolby Labs in 1976, and was first used for a theatrical release in 1992 for Batman Returns.