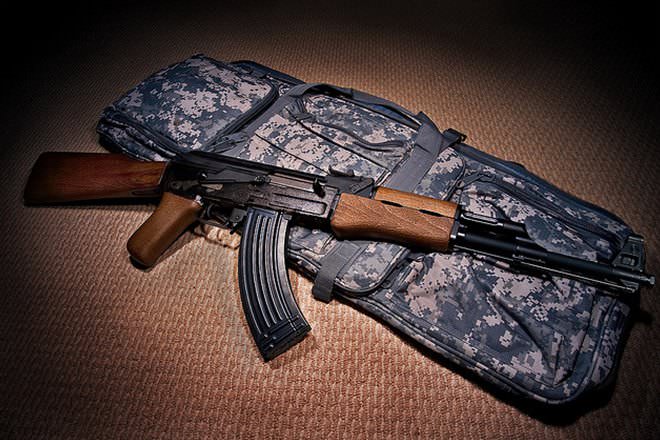 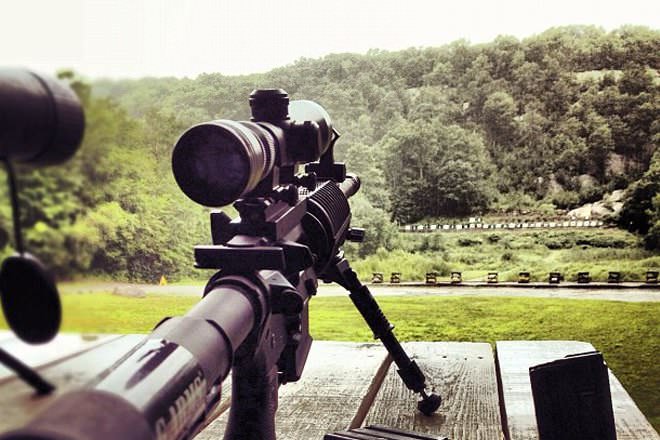 AR-15 rifles are lighter and have a higher rate of accuracy than the AK-47, but the AK-47 is considerably cheaper and more dependable in comparison. Both are extensively used by the military and police, as well as for general purpose hunting rifles and self-defense. 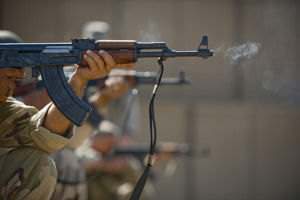 The AK-47 is not as accurate as the AR-15. The accuracy of an AK-47 (16" barrel) is 2-5 MOA, while the AR-15 (16" barrel) is around 1-3 MOA, depending on the barrel installed and fore end provisions for barrel float that eliminate deflections caused by the operator's support and/or sling tension.

According to the World Bank, there are 500 million firearms in circulation around the world; 100 million are in the Kalashnikov family, and 75 million of those are AK-47s. The popularity of Kalashnikov rifles is at least partly connected to the lack of regulation on their already affordable production. The Soviet Union did not control the manufacture of AK-47s through copyright law or patents, meaning production of the assault rifle spread quickly.

Both the AK-47 and the AR-15 are available in the United States. However, some states have restricted their sale and use. New York, California, Maryland, and Connecticut regulate possession of AR-15 rifles either through restriction of certain features or outright bans of certain manufacturers' models. For example, the A3 tactical carbine is legal for sale and possession in the United States generally, but is illegal for sale in California. 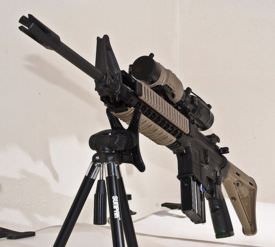 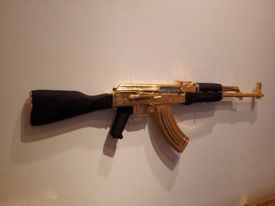 A golden AK47 seen at Parlor Gallery in Asbury Park.

The AK-47 is a gas-operated, rotating bolt (Long Stroke Gas Piston) rifle. The AR-15 is a direct impingement or a rotating bolt rifle.

The AK-47’s magazine features a pronounced curve that allows it to smoothly feed ammunition into the chamber. It has a heavy steel construction with “feed lips” to make it resistant to damage.

As the AR-15 was designed to be more lightweight and less durable, its magazine is made of pressed/stamped aluminum, and its feed lips are weaker than the AK-47’s as a result.

The safety (selector) of an AK-47 is designed to be easily hit with the index finger while the middle finger remains on the trigger. Magazines are inserted and removed by a simple rocking motion. The AK-47 is extremely friendly to left handed users in terms of controls and ejection.

AR-15's safety (selector) switch is easily manipulated without losing sight picture. It's smaller size makes it more difficult to use under stress. The AR-15 is unfriendly to left handed users both in terms of controls and in terms of shell ejection.

In the AK-47 fully automatic, the recoil is mild and predictable.

In the AR-15, the recoil is easily controllable, but difficult to predict.

The AK-47, which was specifically designed to function in extreme environmental conditions, is considered more dependable than the AR-15, which is sometimes prone to failure when exposed to dirt, dust, and mud. To maintain reliability, the AR-15 needs to be cleaned following each use.

Although many variants are available for both the rifles, when comparing the base models, the AK-47 is cheaper as compared to AR-15.

The AR-15 is sometimes called "America's Rifle" because it is the most popular long gun in the country. There are around 10 million AR-15 units currently in the United States. In fact, the AR-15 has also been popular with perpetrators of mass shootings — the gun was used in the San Bernardino, Aurora and Sandy Hook shootings.

I'm a proud American but I think its safe to say that the ak is a better rifle. I just wish it was a little more accurate

Will either guns stop or kill a bear?