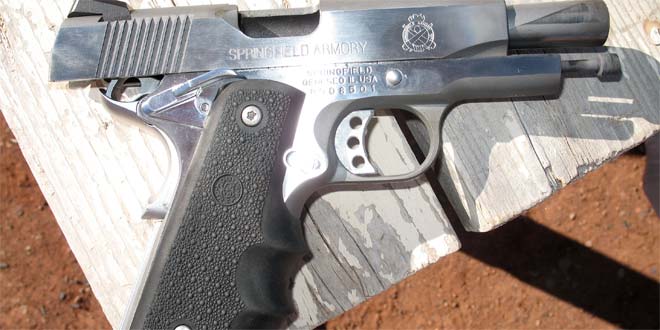 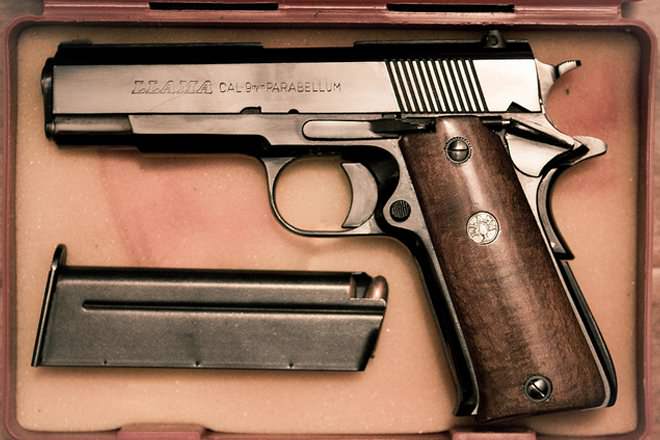 A 9mm is generally cheaper, has less recoil and higher velocity than a .45 ACP. The .45 ACP (Automatic Colt Pistol) cartridge holds bullets that have a diameter of .452 inches (11.5mm) so it is slightly larger than the 9mm (.355 inch bullets). Both cartridges have a long history and were first designed over 100 years ago. 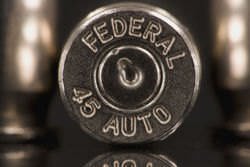 A close-up of .45 ACP which shows what the primer cap looks like after the round has been fired and ejected from the chamber. The depression in the center is where the firing pin struck the primer cap. 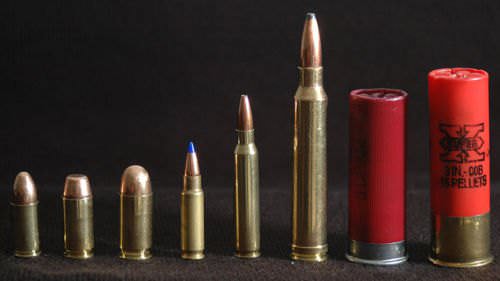 This is a video of a penetration tests with the 9mm and .45 ACP.

The 9mm cartridge was designed by Georg Luger in 1901. It has been produced since 1902.

The .45 was developed by John Browning in 1904. It has been used by the United States and other militaries since World War I.

The 9mm cartridge was developed from Luger’s 7.65x21mm Parabellum. The bottleneck of that cartridge was removed, leaving a tapered, rimless cartridge. It was adopted by the German Navy in 1904 and the German Army in 1906. It became more popular after World War I and has since become the most common caliber for U.S. law enforcement agencies and for military and law enforcement agencies around the world. It is also popular for self-defense.

The .45 was developed by the U.S. Cavalry in the late 1890s and early 20th century in a bid to create a bullet that was more effective against determined opponents. It was intended to be a “real man-stopper.” It was adopted by the United States Army in 1911.