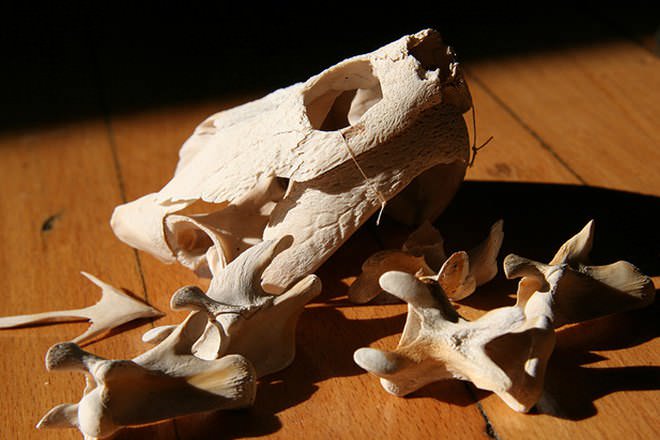 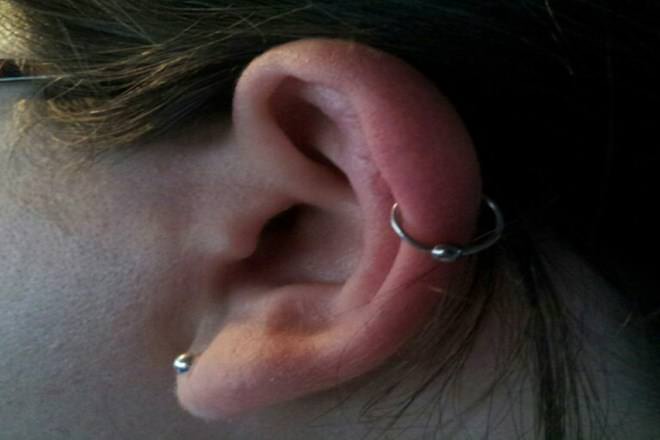 Bone and cartilage are types of connective tissues in the body. A bone is hard tissue that forms the skeletal structure of the body. Cartilage, by comparison, is not as hard and rigid as bone, and is present in areas of the body like the ear, nose, and joints. In the joints of the body, cartilage covers the ends of the bones and acts as a shock absorber to prevent bones from rubbing against each other.

The structure of bones is a combination of living and dead cells embedded in a matrix. The outer hard layer of the bone is referred to as compact bone and has few spaces. The internal part of bone also called spongy tissue is porous and harbors the bone marrow and blood vessels. Other tissue found in bone includes endosteum, periosteum, and nerves. Bone matrix has organic (mineral) components and inorganic components such as collagen. Bone formation is the result of hardening of this matrix.

Bones make up the skeleton.

Cellular Structure of Bones vs. Cartilages

Bone or osseous tissue is made up of osteoblasts, the progenitor cells that give rise to osteocytes, which are mature bone cells; and osteoclasts, large cells that breakdown bone tissue for growth, repair, and remodelling. Another type of bone lining cells is present to regulate the movement of calcium and phosphate in and out of the bone.

Cartilage comprises of chondrocytes, produced by precursor cells known as chondroblasts. Chondroblast produces a dense matrix comprised of collagen and elastin fibres, in which mature chondrocyte cells are embedded.

Common bone disorders include osteoporosis, wherein the mineral density of bones is reduced, thus increasing the likelihood of fracture; osteosarcoma, a cancerous condition of the bone; osteomyelitis, which is an infection of the bone marrow; and osteogenesis imperfecta, which is a genetic disorder.

Types of Bones and Cartilages

Bones are classified into long, short, flat, irregular, sesamoid, and sutural types. Most bones of the limb are long bones characterized by a long shaft and curved structure; examples include the femur, tibia, fibula, humerus, ulna, and radius. Short bones are the same in length and width and are present in the ankle and wrist. Flat bones are thin and curved and found in the skull and sternum. Irregular bones are found in the spine and hip region. Sesamoid bones are developed in the tendons and most commonly found in kneecaps, the palms of the hands, and the soles of the feet. Sutural bones are very small and located in the sutures between the cranial bones; they vary in different persons.

Bones perform a variety of functions in vertebrates, often protecting the body against mechanical damage. For example, the skull protects the brain, and the rib cage protects the internal organs, and so on. Bones assist in the movement of the body, as skeletal muscles are attached to the bones. They provide a framework and shape for the body and store minerals like calcium and phosphorous. They also store red bone marrow, which produces erythrocytes (red blood cells) and leucocytes (white blood cells), and yellow bone marrow, which also contains adipose cells that reserve energy.

The main functions of cartilage tissue include reducing friction at the joints, supporting tracheal and bronchial tubes, acting as shock absorbers between vertebrae, and maintaining the shape and flexibility of the ear, nose, etc.

everything I need to complete my assignment thanks