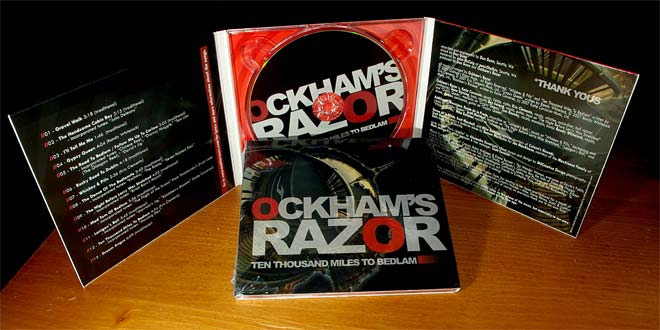 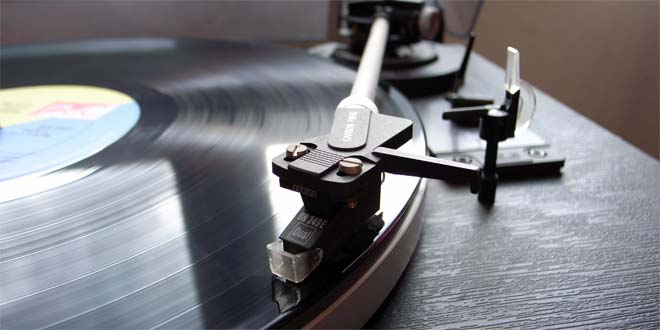 Comparing Compact Discs (CDs) to vinyl or gramophone records is the musical equivalent of comparing digital photography with film photography. CDs and vinyl records are both audio storage and playback formats based on rotating discs, from different times in music history. The CD audio is digitally encoded and read by a laser, while analog vinyl audio is physically read by a needle.

The digital music format of CDs (and increasingly MP3s) is the dominant choice today for professionals and consumers alike. From a technical standpoint, CD audio is far superior to vinyl, but there's always a certain niche of people who prefer the analog method and claim something is lost from the conversion of sound into digital data. Not surprisingly, this niche is expanding as old-fashioned vinyl records are experiencing renaissance among modern music enthusiasts, recording artists and audiophiles alike.

From a technical standpoint, digital CD audio quality is clearly superior to vinyl. CDs have a better signal-to-noise ratio (i.e. there is less interference from hissing, turntable rumble, etc.), better stereo channel separation, and have no variation in playback speed. The arguments against digital audio come from the fact that no matter how precise the sampling (~44,000 times per second is standard), the breaking down of music into binary data can never match the smooth and continuous nature of analog vinyl. Just like a million little square pixels can never make a perfect curve in a picture if you look closely enough.

Vinyl, undeniably prone to physical interference and noise, has a growing reputation for a warmer, more life-like sound. The technical arguments for this usually center on the inherent jaggedness of digital sampling, despite the fact that high sample rates combined with anti-aliasing (smoothing of the edges) technically negates this argument. However, the subjective claim of an overall “better” sound certainly remains among many enthusiasts and professional musicians.

Vinyl or CD: What Sounds Better?

The war between analog and digital sound will continue among audiophiles. While purists and retro aficionados will insist vinyl sounds purer and better, their progressive counterparts believe in the accuracy of technology. NPR tries to settle this eternal debate with the help of two audio experts through Why Vinyl Sounds Better Than CD, Or Not, a discussion on the science of audio, and how perceptions can shape the experience of sound.

CDs are a digital music storage medium, meaning the music is encoded as binary data. The standard CD format is a 2-channel, 16-bit, 44.1 kHz setup. The data is read by a laser, and then decoded to produce audio playback. 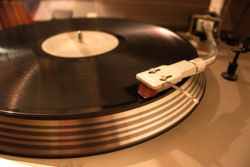 Vinyl is an analog storage medium, which means there is a physical record of the music imprinted on the vinyl disc, read by a sensitive needle called a stylus. The standard vinyl album is the 12-inch 33 rpm LP, 7-inch 33 rpm EP, and 7-inch 45 rpm single. A vinyl disc’s capacity is determined by the diameter and playback speed (larger discs and slower playback means more capacity). The stereo channels are split to separate sides of the groove.

The conversion of analog to digital audio explained, in a nutshell by Mr. Audio:

Digital Music as Source for Vinyl

Writing for the Wall Street Journal, Neil Shah reported in his article Why Vinyl's Boom is Over that

Old LPs were cut from analog tapes--that's why they sound so high quality. But the majority of today's new and re-issued vinyl albums--around 80% or more, several experts estimate--start from digital files, even lower-quality CDs. These digital files are often loud and harsh-sounding, optimized for ear-buds, not living rooms. So the new vinyl LP is sometimes inferior to what a consumer hears on a CD.

Major labels claim they use original analog masters. They may have the time and budget to issue LPs from analog tapes but smaller labels often cut corners when they can't afford the engineering and record-pressing expenses of using tape.

CDs experience no physical degradation from repeated playings, as the laser read mechanism does not physically wear down the surface. CDs are less sensitive to temperature, humidity and rough handling than vinyl, but are still susceptible to scratches and extreme temperatures or conditions. Stamped discs do not lose quality over time, but the CD-R and CD-RW formats used in-home by consumers can slowly degrade over several years.

Vinyl discs do begin to degrade in quality through repeated playings, as the read mechanism is a need that operates through physical friction with the disc. Vinyl is also more sensitive to heat, humidity, scratches and dust. A collection of vinyl records must be stored in a controlled environment to prevent degradation.

The advent of CD-R and CD-RW formats, which, rather than being factory-stamped, use photosensitive dyes to allow for writing by capable disc drives, has opened the door for anyone with a modern computer to create their own CDs at a very cheap cost. Digital audio can be shared easily and instantly, which has led to a major decentralization of the entire music business. Now amateurs can digitally record music, create CDs, and sell the music directly.

The process of printing vinyl discs and recording high-quality analog audio remains largely in the hands of experts, as the required equipment is expensive.

If you're beguiled by the vintage charm of vinyl records, or curious about the sound quality, Rick Vugteveen's presentation would be a great place to learn about vinyl records and maybe even begin a collection:

Amazon has a list of best selling record players along with a huge collection of current and popular best selling vinyl records.

The CD format was established by a collaboration between Philips and Sony, and became commercially available in 1982. Ironically, many of the early adopters of the new digital technology were audiophiles and classical music lovers - the same niche of buyers that is now associated with the vinyl resurgence. The digital compact disc format evolved into multiple forms to handle data (CD-ROM, DVD, Blu-ray). Sales of audio CDs have been declining in recent years, mostly due to the growth of music downloads.

Although vinyl record technologies can be traced back to the phonautograph of the 1850s, modern vinyl records didn’t really become the standard until the 1930s, when RCA introduced their 78 rpm vinyl discs. After WWII, 33 and 45 rpm microgroove records became available. Eventually 12-inch 33 rpm LPs became the standard for vinyl albums, while 7-inch discs became EPs.