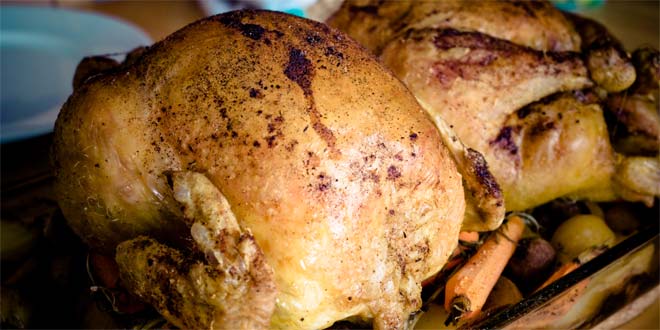 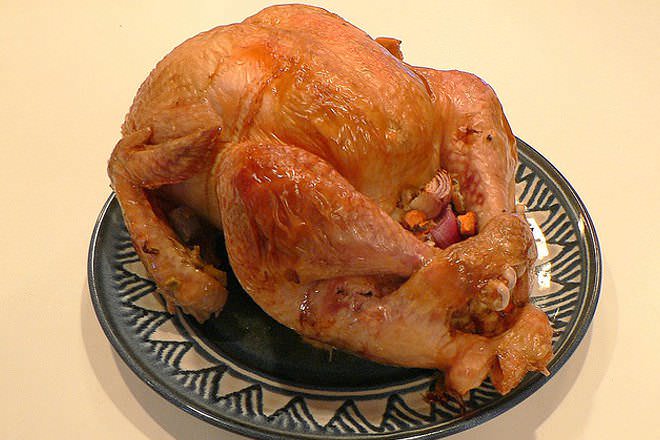 Chicken and turkey are both nutritious and rich in protein but chicken has more calories, fat and cholesterol. Turkey and chicken can be used interchangeably in recipes for salads, sandwiches, stews and casseroles. They can be baked, grilled or roasted. 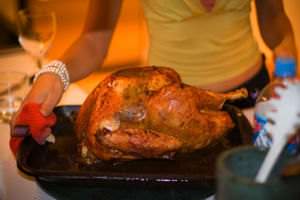 Chicken has less sodium and is a good source of Vitamin B6, Phosphorus, Protein, Niacin and Selenium. Niacin according to research is helpful in protecting against Alzheimer’s and age-related decline of cognizance. Vitamin B6 along with niacin helps in supporting energy metabolism of the body. Selenium is a trace mineral and chicken is a good source. Selenium improves the immune system to fight against bacterial and viral infections, against cancer cells and herpes virus. It also increases HDL (good cholesterol) to LDL (bad cholesterol) resulting in a healthy heart. Animal protein helps to preserve bone in the elderly. The high protein content of chicken aids in protection against bone loss in elderly people.

Turkey has low saturated fat and is a good source of Riboflavin, Phosphorous, Protein and Selenium. In addition, it is also a good source of zinc, which boosts immunity. Zinc is a powerful antioxidant, and helps in proper endocrine function and maintenance of hormone levels. Like chicken, turkey also contains Vitamin B6 and Niacin.

In this video, nutritionist Karen Roth talks about some of the health benefits of turkey:

Both chicken and turkey are eaten all through the year. Turkey is also part of the traditional Thanksgiving meal in the U.S. and Canada. Left-over turkey is served as cold cuts on Boxing Day in Canada. In the US, about 46 million turkeys are consumed on Thanksgiving day.

One of the largest meat recalls ever was by Cargill Value Added Meats, a major US meat processor, in August 2011. Cargill recalled about 36 million pounds of ground turkey produced at an Arkansas plant after there were reports of nationwide salmonella sickness outbreak. The largest recall of chicken meat is by Kraft Foods in February 2008 when listeria bacteria was detected in a package of Oscar Mayer/Louis Rich Chicken Breast Strips. 52,650 pounds of chicken were recalled initially. An additional 2.8 million pounds were recalled the next month. Later, the recall was expanded to all its products that came from the same contaminated plant.