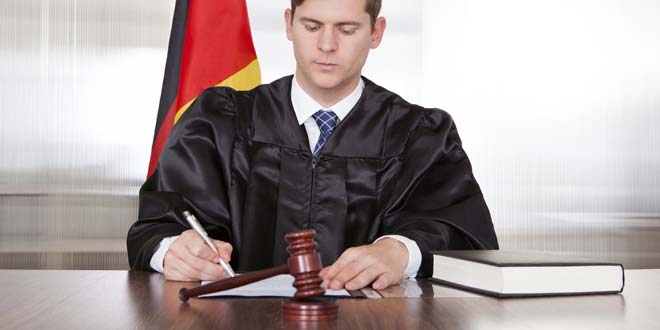 Legal systems around the world vary greatly, but they usually follow civil law or common law. In common law, past legal precedents or judicial rulings are used to decide cases at hand. Under civil law, codified statutes and ordinances rule the land. Some countries like South Africa use a combination of civil and common law.

Today the difference between common and civil legal tenets lies in the actual source of law. Common-law systems make refer extensively to statutes, but judicial cases are considered the most important source of law, allowing judges to pro-actively contribute to rules. For example, the elements needed to prove the crime of murder are contained in case law rather than defined by statute. For consistency, courts abide by precedents set by higher courts examining the same issue.

In civil-law systems on the other hand, codes and statutes are designed to cover all eventualities and judges have a more limited role of applying the law to the case in hand. Past judgments are no more than loose guides. When it comes to court cases, judges in civil-law systems are more like investigators, while their equivalents in the common-law systems are rather arbiters between parties presenting arguments.

Below is a discussion on civil vs common law systems:

The United States, Canada, England, India, and Australia are generally considered common law countries. Because they were all once subjects or colonies of Great Britain, they have often retained the tradition of common law. The state of Louisiana in the United States uses bijuridicial civil law because it was once a colony of France.

Civil law countries include all of South America (except Guyana), almost all of Europe (including Germany, France, and Spain), China, and Japan.

South Africa, Namibia, Botswana, and Zimbabwe are bijuridical, i.e., they follow a combination of both legal systems.

A map showing legal systems of the world. Click to enlarge.

In both civil and common law countries, lawyers and judges play an important role.

However, in civil law countries, the judge is usually the main investigator, and the lawyer's role is to advise a client on legal proceedings, write legal pleadings, and help provide favorable evidence to the investigative judge.

In common law, the judge often acts as a referee, as two lawyers argue their side of the case. Generally, the judge, and sometimes a jury, listen to both sides to come to a conclusion about the case.

Though not a rule, common law countries may not always follow a constitution or a code of laws.

In civil law, the constitution is generally based on a code of laws, or codes applying to specific areas, like tax law, corporate law, or administrative law.

Freedom of contract is very extensive in common law countries, i.e., very little or no provisions are implied in contracts by law. Civil law countries on the other hand have a more sophisticated model for contract with provisions based in the law.

The decisions of judges are always binding in common law countries, althought that does not mean the decision may not be appealed. In the United States, for example, cases may be heard by a network of federal or state courts, with the federal Supreme Court holding ultimate power. Generally, the ruling of the last court that a case visits remains the final, binding verdict. That case may later be used as precedent to argue similar cases in the future.

In civil law countries, only the judicial decisions of administrative and constitutional courts are binding outside the original case. In essence, the concept of precedent, i.e. past cases can determine the outcome of future ones, is not used.

Because it began as a colony of England, the United States inherited many traditions of British common law, including habeas corpus and jury trials. After the American Revolutionary War, one of the first acts of the new government was to adopt existing English common law in full, unless it contradicted the U.S. Constitution.

However, in 1938, the U.S. Supreme Court ruled that there will be “no general common law.” So, from that year forward, federal courts deciding issues that originated in states had to look to the state judicial interpretations of those matters.

The 1938 decision was later amended so that the federal government could develop a common law based on uniquely federal interests, such as war, foreign policy, taxation, etc.

Common law is a peculiar to England in its origin. Until the Norman conquest, there were different rules for different regions of the country. But as the laws and the country began to unite, a common law was created based on customs and rulings across the country. These rules developed organically and were rarely written down.

European rulers on the other hand ruled on Roman law, and a compilation of rules issued by the emperor Justinian in the 6th century that was rediscovered in 11th-century Italy. With the Enlightenment of the 18th century, rulers from different continental countries took to comprehensive legal codes.