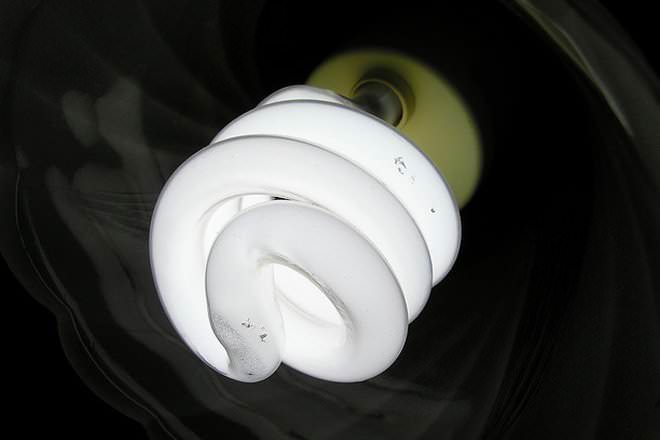 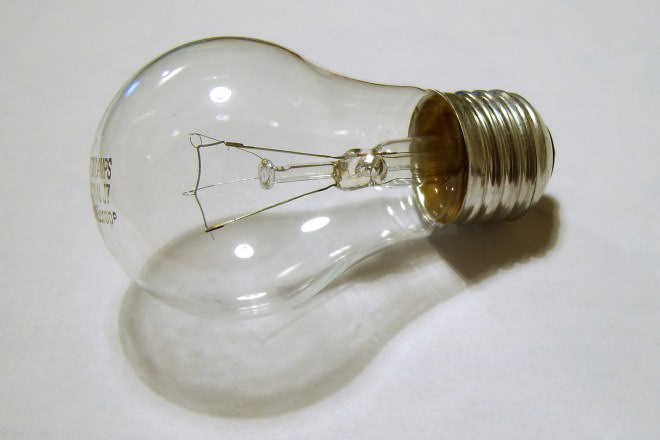 While fluorescent (CFL) bulbs generate light by sending an electrical discharge through an ionized gas, incandescent bulbs emit light by heating the filament present in the bulb.

When CFL bulbs were first introduced in the 1970s, they were expected to spell the end of the traditional incandescent light bulb. After all, they are much more energy-efficient. Indeed, CFL bulbs have risen to promise in the last two decades. But owing to their higher cost, taking longer to achieve full brightness and the environmental concerns over bulbs that contain mercury, CFL bulbs have not yet made incandescent light bulbs obsolete.

The fluorescent light bulb is known to reduce replacement costs and is an energy saver. It also lasts 10 to 20 times longer than the incandescent bulb. They do suffer from flickering problems and shorter life if used at a place where it is frequently switched on and off. These bulbs also require optimum temperatures to work well; they are known to function under capacity when switched on in lower temperatures.

An incandescent light bulb is very sensitive to changes in voltage and hence its longevity can be doubled by adjusting the voltage supply. However, this affects the light output and is known to be used only in exceptional circumstances.

Fluorescent bulbs save energy and last longer, but are more expensive. These bulbs also convert more of the electricity supplied into visible light than their popular counterparts. Along with that, a fluorescent light bulb emits lesser heat and distributes light evenly without putting a strain on the eyes.

Though there hasn't been an official study, some people suggest that incandescent bulbs impose lesser risks to the body than the fluorescent bulbs do. The fluorescent light bulb is an energy saver so in that sense it is beneficial to the environment. But it also harms the environment due to the mercury content in it. When these lamps are disposed, the mercury content in them evaporates and causes air and water pollution.

Incandescent bulbs contain tungsten which is not hazardous to the environment. Hence, the bulbs do not impose as much health risk as fluorescent bulbs do.

When CFL bulbs were first introduced, they were significantly more expensive than incandescent bulbs. But now the price difference has virtually been wiped out. The cost varies by manufacturer and retailer. For example, an 8-pack of GE CFL bulbs (13 Watt, which replaces a 60 watt incandescent bulb) costs $14.11 on Amazon while eight (two 4-packs) 60 watt soft white bulbs from GE cost $12 on Amazon.

Characteristics and Types of Fluorescent and Incandescent Bulbs

There are different types of incandescent light bulbs that are available in the market and decorative lamps are perhaps the most commonly found lamps in use today. General Service lamps are either clear or frosted and high wattage general service lamps are of power 200 watts or greater. Reflector lamps help direct the light forward and are used in flood lights and spot type lamps.

Examples of incandescent bulbs include PAR45 and A55. The letters (A and R) represent the shape, whereas the numbers represent the maximum diameter of the bulb. The diameter is measured in inches and is usually available in increments of 1/8th of the original size. ‘A’ is used to denote the standard pear shaped bulb while ‘R’ is used to define Reflectors.

Sir Humphrey Davy created the first incandescent bulb in 1802. Later in 1840, Warren de la Rue enclosed a coiled filament of platinum and in a vacuum tube and passed current through it. Though his design was operational, the high cost of platinum made it impossible for commercial use. Next year, Frederick de Moleyns of England was granted the first patent for an incandescent light bulb. Joseph Wilson Swan in conjunction with Charles Stearn created a lamp with slender carbon rods. Their invention was not commercially viable and was hence not pursued further. Thomas Edison then started researching and exploiting various opportunities to make a practical product that resulted in what we know as the tungsten filament bulb today.

Although Thomas Edison is credited with inventing the incandescent light bulb, he was the first one to pursue fluorescent bulbs for commercial purposes. Even though he registered a patent for it, it was never commercially produced during his time. In 1895, Daniel Moore conducted an experiment that demonstrated emission of white and pink light from carbon di oxide and nitrogen infused bulbs. Thereafter, in 1934, Arthur Compton from General Electric reported successful experiments conducted with fluorescent bulbs which were later pursued further by the company. By 1951, the United States of America produced more light from fluorescent bulbs than from incandescent bulbs.

Components of fluorescent vs incandescent bulbs

The incandescent bulb is filled with argon to reduce evaporation and a filament of tungsten is wired inside the bulb. Electric current is made to pass through this filament which is connected to two contact wires and a conductor. The base of the bulb has a stem or glass mount anchored to it which allows for the smooth flow of the electrical current, that in turn generates visible light.

The fluorescent light bulb is filled with argon, krypton, neon or xenon and low pressure mercury vapor. The inside of the tube is then coated with various blends of metallic and rare earth phosphor salts. The cathode tube in the bulb is made of tungsten and is coated with barium, strontium and calcium oxides and evaporation of the organic solvents is allowed, after which the tube is heated in order to fuse the coating to the lamps.