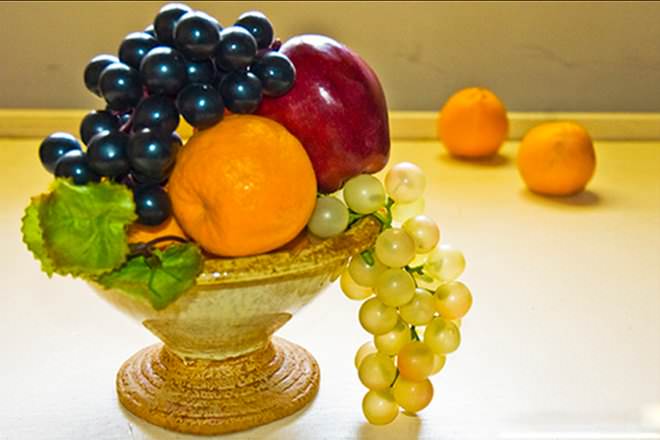 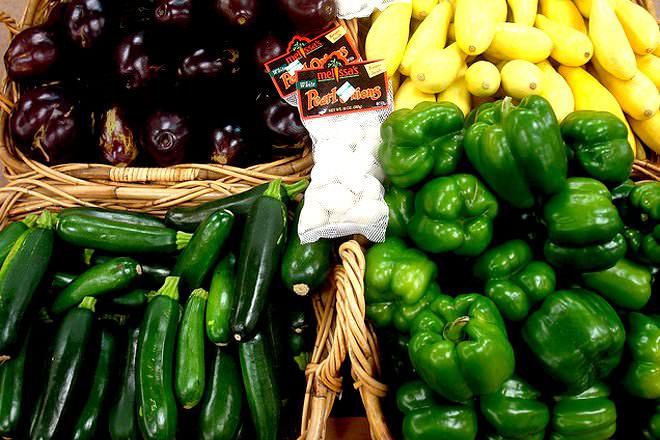 A fruit is the mature ovary of a seed plant, usually developed from a flower. Fruits have seeds so they further the reproductive cycle. A vegetable is a plant or that part of a plant which is edible, and does not necessarily have a role in the plant's reproductive cycle. While most vegetables and fruits are easy to distinguish and classify, some are still ambiguous as to whether they are a vegetable or a fruit. Tomatoes, olives and avocados are often considered vegetables, but are actually fruits.

What is a fruit?

A fruit is defined as the developed ovary of a seed plant with its contents and accessory parts, as the pea pod, nut, tomato, or pineapple. It is the edible part of a plant developed from a flower, with any accessory tissues, as the peach, mulberry, or banana. A fruit is the often sweet and fleshy part of a plant that surrounds the seeds, although some fruits like berries bear the seed on the outside of the fruit.

What is a vegetable?

All other edible plant parts are considered vegetables. A vegetable is an herbaceous plant cultivated for an edible part, such as the root of the beet, the leaf of spinach, or the flower buds of broccoli or cauliflower.

Examples of fruits and vegetables

Here's an interesting list of fruits that are often thought to be vegetables:

It is also interesting to note that mushrooms are neither fruit nor vegetable; they are a type of fungus.

Examples of vegetables include broccoli, potato, onions]], lettuce, spinach, turnips, cauliflower, . Vegetables are classified according to the part of the plant:

Fruits and vegetables are vegetarian as well as vegan, hence constitute a big part of the staple diet in almost every household.

Most fruits are sweet with bitter seeds, because they contain a simple sugar called fructose, while most vegetables are less sweet because they have much less fructose. The sweetness of fruit encourages animals to eat it and spit out the bitter seeds on the ground so they spread and further the plant's life cycle.

Both fruits and vegetables are very high in nutrition as they contain many vitamins and are low in fat and calories. A cup of fruit may contain more calories than a cup of vegetables because fruits have higher sugar content. However, starchy vegetables like beet and potato are higher in calorie as well as sugar.

Although vegetables and fruits are extensively used in preparations that involve cooking or baking, they provide most nutrition when they are eaten raw.

Because of the combination of high nutrition and low calorie, most weight loss and diet plans recommend high portions of fruits and veggies over processed food.

Berries are a FRUIT they have a seed therefore it makes it a fruit its not the leaf or stem or root of the plant!!!!

potato is not a fruit! Its a tuber-specialized subterranean stem! It does not develop from a matured ovary..
strawberry is a fruit(accesory fruit)-. In accessory fruits, other tissues develop into the edible portion of the fruit for example the receptacle of the flower in apples and "strawberries".

Potatoes produce small berries that contain seeds. We do not eat the seeds of the potatoe plant, though some potatoes have been cultivated to grow larger, edible fruit marketed as tomatoe replacements.

The eyes on potatoes are not seeds, they are roots that have been cut off. The potatoe you eat is a starchy food store that is part of the plant's root system, and is not related to the flowering of seed producing part of the plant in any way. You can grow a potatoe plant with a potatoe, though this is more like growing a tree from a branch cutting as the result is a genetic clone. Strawberries actually due come from the flowering portion of the plant and are fruit by all definitions.