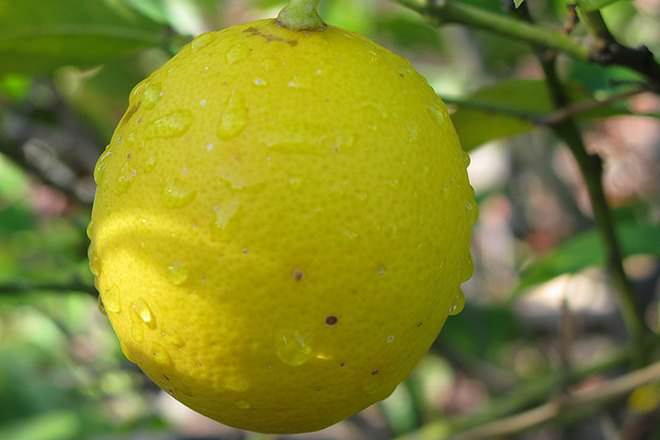 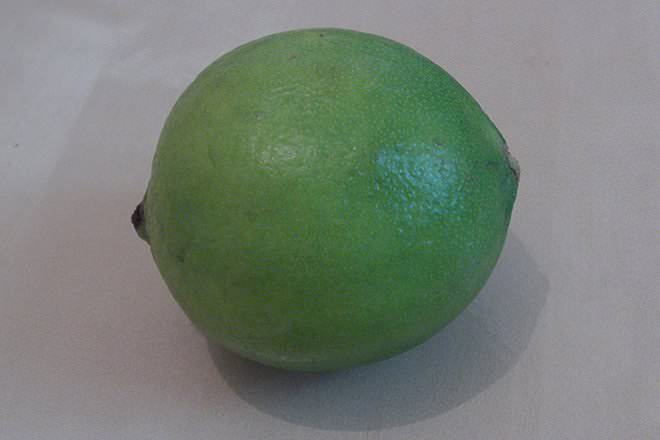 Lemons and limes are highly acidic citrus fruits. Limes are green, small, and generally more acidic than lemons. Lemons are yellow and larger than limes. Both fruits have good nutritional qualities.

How Lemons and Limes Are Used

Lemons and limes are both very acidic but have slightly different flavors and scents. Lemons have a sour, acidic taste, while a lime has a bitter, acidic taste. Both citrus fruits are frequently used in cooking and cocktails, as well a variety of household products.

Lemon juice is added to salads and pasta dishes and squeezed over fish fillets and meats; it is even used in many jams and preserves. Similarly, lime juice is often used in pastas and rices and on fish and meats. Lemon (and occasionally lime) zest — thin shavings of the fruit's outermost peel — adds tangy citrus oil to dishes.

Desserts also make frequent use of the lemon's flavor, with lemon juice, pulp, and zest often found in ice creams and gelatos, pies and their meringues, cookies, cheesecakes, pastries, and cakes. Lime juice, pulp, and zest appear less commonly in desserts but may on occasion be found in many of the same dessert foods that lemons are. However, the key lime, which is even more acidic than lemons and limes, is often preferred, with its most well-known use being for the key lime pie.

These fruits are also sometimes used to add slight coloring to foods and are many times found in candies (e.g., Lifesavers, gummy bears, Starburst).

In Drinks and Cocktails

The juice from lemons and limes appears in many drinks, from lemonade and limeade to Coca-Cola and Pepsi. Lemon juice and lime juice are also popular in cocktails with alcohol. Their subtly different flavors mean that pairing them with the same alcohol can create different drinks. For example, lemon juice in vodka is known as a lemon drop, while lime juice in vodka is known as a gimlet.

Lime is somewhat less commonly used outside of food and drink, but it can be found in some perfumes and aromatherapies. Lemon-scented cleaning products are common, however, as are slices of dried lemon in potpourri and other air fresheners. Lemon is also one of the most popular flavors for throat lozenges. 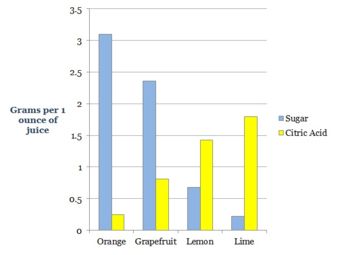 Many lemons are sweeter and less acidic than limes. Image from Serious Eats.

Lemons and limes are similarly acidic, with certain varieties of the fruits being more or less acidic than others. However, lemon juice generally registers between 2.00 and 2.60 on the pH scale, while lime juice registers between 2.00 and 2.35.[1]This means lime juice may often be more acidic than lemon juice. This is on top of the fact that lemons, which have a slightly higher sugar content, are sweeter.

It is worth noting that juice becomes more acidic with time, a fact which some chefs and bartenders now consider when cooking or mixing drinks.

Lemons and Limes are NOT the same. To the ordinary person they both have similar uses. I live in Jamaica (Caribbean) and I have both trees. Both fruits are green before changing to yellow when ripe. The difference between the two is that we normally consider a lime to be over-ripe by the time it turns to yellow, but it is normal to allow the lemon to ripen to yellow to get the best flavor.

They are definitely not poisonous. Especially for anyone with a western diet we all tend to accumulate acidity in the body as we get older and the juice of the lemon (and by extension I think the lime) are said to be the top way to reduce acidity in the body.

My grandmother told me that she survived a late pregnancy with her last child only because of the juice of the lemon. Up until her death at the age of 93 she was a firm believer in the benefits of the lemon. She regularly made a tea with the skin of the ripe lemon.

Ummm to previous poster. I've had lime trees on my property while living in central america, I also had a lemon tree, The lime trees had limes, wich never turned yellow, and the lemon tree would have lemons that would turn yellow when ripe.

Lemons and Limes are different fruit. They're closely related but two different species.

Does anyone drink Simply Lemonade and Limeade ? I'm drinking the Limeade, it's so good. And now I see limes>lemons for nutrients. I like them both.

I always remember as I was a kid My father always made. Green Hot lemon tea Before I went to bed He would always say get me a (limon) in Spanish. Whether it was yellow or green. I never knew lime exist I always call both of them lemon until I started hearing people call the green one lime..

The common distinction that limes are green and lemons are yellow is false. Both fruits are green in the early stages untill they mature then turn yellow when they ripen. Lemons are usually bigger, oval in shape and their rinds are thicker than that of a lime. Limes are usually smaller, more round in shape and the rind is thiner and smoother than that of the lemon. The green limes seen in the grocery store are only green because they were picked before they turned yellow. If left on the tree, the green lime will eventually turn yellow. Make no mistake a yellow lime is not a lemon, it's just a lime which was allowed to ripen.