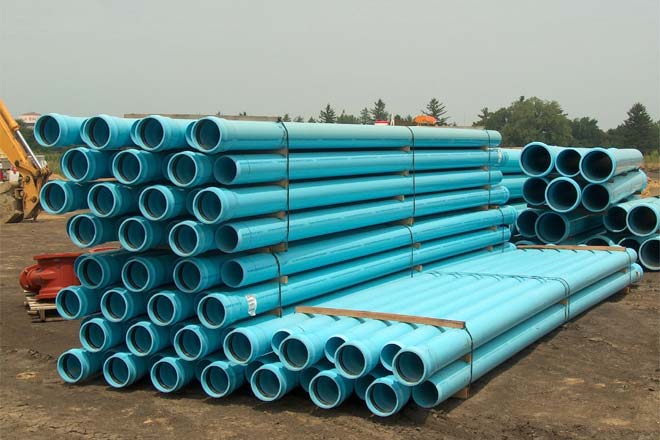 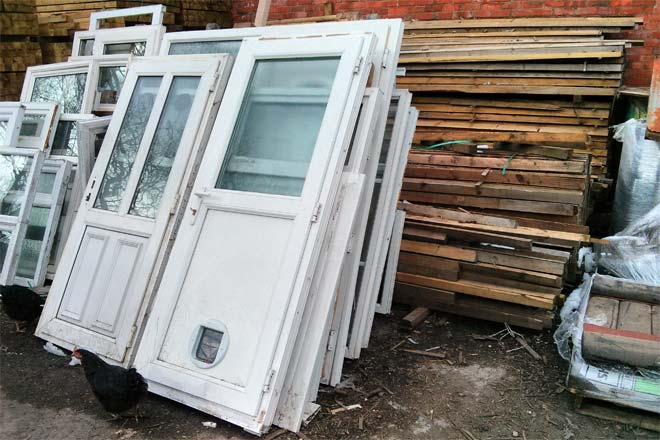 Uses of PVC vs. uPVC 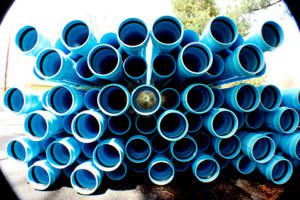 As a flexible plastic, PVC is used to produce a wide variety of piping. Larger PVC pipes are often used in plumbing to distribute non-potable water. PVC piping can also be used to insulate electrical cables.

uPVC is used as a replacement for wood in construction, such as in double glazed window frames and window sills and in what is known as vinyl siding in the U.S. It is a versatile material that can be manufacturered in many colors or made to look like other materials (e.g., wood). uPVC is also used instead of cast iron for certain types of heavy-duty plumbing and draining.

PVC is used as a replacement for copper and aluminum pipes and is used in waste lines, irrigation systems and pool circulation systems. It is easy to cut into smaller pieces and can be fastened with glue, making it a good alternative to metal.

uPVC is used for the majority of plastic pipes in the world, as it is incredibly resistant to chemical erosion and has smoother inner walls that help to encourage water flow. It also functions well in a wide range of temperatures and operating pressures. It is incredibly strong, stiff and cost-effective, and so is often used for sewage lines and exterior drainage pipes. Even so, uPVC piping is much less common in the U.S., where PVC piping is preferred.

Neither PVC nor uPVC is used to transmit drinking water. cPVC (chlorinated polyvinyl chloride) is used instead.

uPVC will not change shape under normal weather conditions, but it can be reshaped at very high temperatures. uPVC windows are more energy-efficient than those with wooden or metal frames. Moreover, uPVC can also be used for door frames and conservatories.

This video shows how a typical uPVC window is installed:

Because uPVC has fewer health concerns associated with it, it is found in medical and dental pieces. For example, uPVC is sometimes used for dental retainers.

Because it is designed to be softer and more flexible than many other plastics, PVC is less durable than uPVC. However, both plastics are resistant to sunlight, oxidation, and a variety of chemicals. PVC piping's ability to withstand sunlight sometimes makes it more useful than ABS pipes.

It is very cheap to manufacture many PVC and uPVC products, which is why they are so ubiquitous in a wide variety of affordable products.

PVC pipe can be bought by length or weight. The thicker the piping, the most expensive the pipe will be. Still, PVC pipe is very affordable, with many 10-foot lengths costing less than $10.00 a piece.

PVC-coated wires can form HCl fumes in a fire, which can be a health hazard. Plasticizers may leach out of PVC into the environment.

Phthalates are what allow PVC to be flexible. Some of the phthalates used in PVC have been restricted or banned over the years, and many others are being replaced with safer phthalates. Dibutyl, benzyl butyl, and DEHP are some of the more commonly banned or restricted phthalates.

To date, there are no mainstream concerns regarding the use of uPVC, which does not use phthalates or BPA.

Neither PVC nor uPVC are biodegradable. However, uPVC is recyclable and can be reshaped into new products or pipes at very high temperatures.