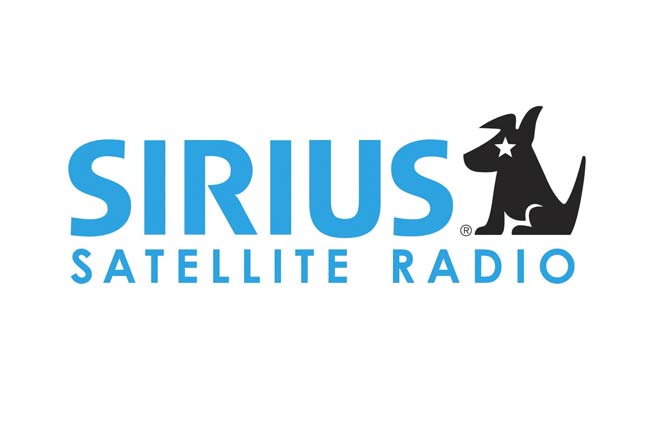 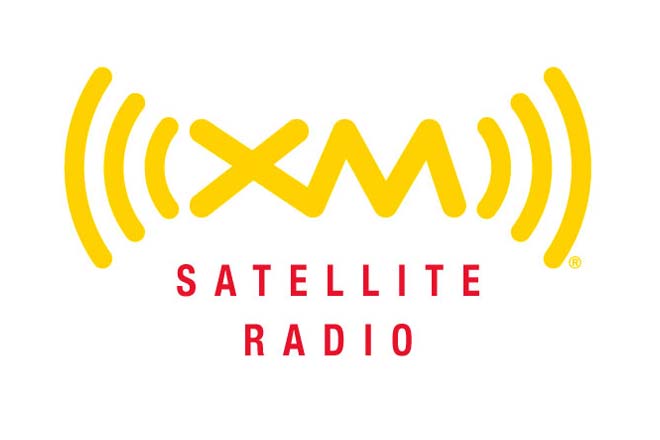 In June, 1999, XM satellite radio got an investment of US$250 million, and signed a contract with GM for 12 years. In October 1999, XM Satellite Radio issued 10,241,000 shares of Class A common stock at an initial public offering price of US$12.00 per share. Later in 2000, American Honda, invested US$235 million as preferred stock in the company. On 25th September 2001, XM Satellite Radio service was officially launched, first in San Diego and Dallas/Fort Worth, and then cross the United States.

Sirius was founded as Satellite CD Radio, Inc. in 1990. Later, the company's founder and CEO, David Margolese, along with Ira Bahr, changed the name to Sirius, on November 18, 1999. The name is derived from Sirius, referred to as the Dog Star, the brightest star in the night-time sky. The dog in the Sirius logo is unofficially named "Mongo", a name comes from the debut of Sirius Satellite Radio’s sponsorship on Casey Atwood’s and Jimmy Spencer’s NASCAR entry, when the announcing cast voted on names.

XM provides its service directly from two high-powered satellites in geostationary orbit above the equator: XM Rhythm at 115° west longitude and XM Blues at 85° west longitude, with a network of ground-based repeaters. This combination is designed to provide gap-free coverage anywhere within continental U.S., the southern tip of Alaska, and in the southern part of Canada.

The signal can also be received in the Caribbean Islands and most of Mexico. The XM signal uses 12.5 MHz of the S band: 2332.5 to 2345.0 MHz, and broadcasts on 6 separate radio carriers within the 12.5 MHz allocation. Within this only two carriers, represent the data and audio content, the other four carriers, carry duplicates of the same content to achieve redundancy through signal diversity.

Sirius’ spacecraft Radiosat 1 through Radiosat 4 are orbiting in geosynchronous highly elliptical orbit in a 24-hour orbital period. The first 3 satellites are in the orbit, and the fourth one is reserved, to take care of any problem, within the first three satellites. The geosynchronous highly elliptical orbit allows the satellites to broadcast from directly overhead the continental United States, avoiding the problem of large buildings or objects blocking the signal and requiring a much smaller terrestrial repeater network than the competitor XM. The Sirius signal is separated into three carriers, one each for the two satellites, and the third for the terrestrial repeater network. The receiver receives all the 4 MHz signals together, to achieve signal diversity. Also between any two signal transmissions, there is a gap of 4 seconds. By doing this, it achieves forward error correction, while receiving the signals. So if the signal is temporarily lost, due to driving under an overpass, the audio can be played, without interruption. Sirius broadcasts using 12.5 MHz of the S band between 2320 and 2332.5 MHz.

While the satellite receiver radio service is its primary product, XM actually operates several audio and data services, and advertising. To receive satellite radio programming, a customer first needs to purchase a receiver. After mail-in rebates, these receivers can cost anywhere from US$20 to $400. In some situations, it's even possible to get a free receiver with a service commitment. Apart from this, there is XM Radio Online, XM's internet radio product, offers many of XM's music stations and can be accessed from any Internet connected Windows or Macintosh computer. It is available free to all XM Radio subscribers, or at a US$7.99 a month to internet-only subscribers. XM also offers music downloads through XM+Napster. This service is being integrated with XM Online and the new MP3 capable XM receivers, such as the Pioneer Inno or the Samsung Helix.

Sirius satellite radios business model is to provide pay-for-service radio, like the business model for premium cable television. These music channels are free of commercials. Subscriptions are prepaid, with at least three months purchased at a time, and price range is from US$12.95 monthly to US$499.99 for lifetime subscription. For each additional receiver, user has to pay US$6.99. There is a US$15 activation fee for every radio activated.  Basic packages offered by both are:

XM provides coverage anywhere within the continental U.S., the southern tip of Alaska, and in the southern part of Canada. The signal can also be received in the Caribbean Islands and most of Mexico (reports have stated that areas north of Acapulco are able to receive a steady signal), however XM is not yet licensed for reception by paid subscribers living in these areas. In American and Canadian metropolitan areas, XM and its Canadian Licensee known as Canadian Satellite Radio (CSR), own and operate a network of approximately 900 terrestrial repeater stations, meant to compensate for satellite signal blockage by buildings, tunnels, and bridges.


Sirius's coverage extends to all of Continental USA, Alaska, parts of Hawaii, Mexico, Canada. But its signal can be received even in the Caribbean Islands and parts of Northern Africa.

In satellite radio, XM's 2007 line-up includes more than 188 digital channels from coast to coast: including 114 music channels and exclusive live concerts and original programming, plus premier sports, talk, comedy, children's and entertainment programming; and 21 channels of the traffic and weather information. There are a total of 188 channels broadcasting from XM's satellites, as well as 10 channels streaming exclusively online. There are a total of 134 channels on Sirius. Over 134 channels of sports, news, talk, entertainment, traffic, weather and data , which comes from CNBC, CNN, Martha Stewart, BBC World Service, Radio Disney etc are offered by Sirius. It also has round-the-clock traffic and weather reports. It also offers the Internet radio service SIRIUS Internet Radio (SIR).

A list featuring all of XM's channels can be found on Wikipedia, which also has a list for Sirius channels.

Adoption in the Auto industry

Both Sirius and XM have attempted to convince automakers to equip vehicles with their receiver. As of 2007, GM cars, Chevrolet, Honda, Acura, Lexus and Porsche featured satellite radios by XM while BMW, Rolls Royce, Ford, Mazda, Mercedes Benz, Volkswagon,Audi and Bentley had Sirius satellite radios while some cars like Hyundai Kia, Nissan Infiniti and Toyota had an option of either of the two.

XM provides satellite-delivered entertainment and data services for the automobile market through partnerships with General Motors, Honda, Hyundai, Nissan, Porsche, Subaru, Suzuki and Toyota, and is available in more than 140 different vehicle models. GM, Honda and Suzuki are all major investors in XM; Sirius is not offered as options in their vehicles.

Sirius has an exclusive contract for VW and Audi vehicles from 2007 through 2012. Those brands previously offered both services. Bentley and Rolls-Royce come not only with receivers but also lifetime subscriptions for Sirius service. XM is featured in select Harley-Davidson motorcycle models, while Sirius can be heard in several brands of recreational vehicles and boats.

On February 19, 2007, Sirius Satellite Radio and XM Satellite Radio announced a merger that would combine the two radio services and create a single Satellite Radio network in the United States and Canada. The merger would bring both companies a total of more than 13 million subscribers based on current subscriber numbers as of 2007. Currently, the merger is under review by the Federal Communication Commission and a Senate antitrust task force. It is expected that as a result of this merger, there will be some benefits to listeners in terms of cost and variety of channels available. Since both companies will operate as one, this may reduce the cost of licensing the broadcast material. It will also almost certainly reduce the staff required to run the company. Also, programming can be spread out among the companies' combined satellite constellations. If all of the non-duplicate channels are kept, this will result in more programming being made available to subscribers of both services. Both companies will now also be in a position to invest more in R&D.

On July 23, 2008,the Federal Communications Commission became set to approve the merger between XM and Sirius after a nearly 18-month review of the deal.