In the field of psychology, the subconscious refers to that part of consciousness that we are unaware of. It is information that we are not actively aware of in the moment, but that can influence us nonetheless, such as things that are heard, seen or remembered. The unconscious mind, on the other hand, is a term coined by Freud to refer to a part of the mind that cannot be known by the conscious mind, and includes socially unacceptable ideas, wishes and desires, traumatic memories and painful emotions that have been repressed.

Freud used the term “subconscious” interchangeably with “unconscious” at first, but later rejected this idea. The term was coined by psychologist Pierre Janet.

The idea of the “unconscious mind” is closely associated with Freud and his psychoanalysis. The term was coined by 18th century German philosopher Friedrich Schelling and introduced to English by Samuel Taylor Coleridge. According to Freud, people’s repressed “unconscious” thoughts, memories and feelings were making them ill. They are revealed by slips of the tongue and in dreams.

Ivan Staroversky of StarOverSky talks about the conscious, subconscious and unconscious minds: 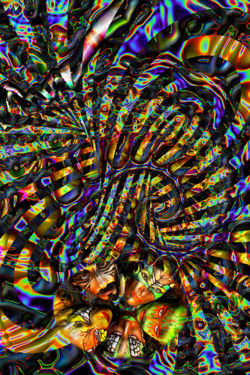 The subconscious and unconscious mind - is this what they look like to you?

The information stored in the subconscious or the preconscious mind may not be on the surface, but is accessible. You can become aware of this information if your direct your attention towards it, like in a memory recall. For instance, you're in intense conversation with someone and a dog passes by casually, you will not notice the dog, but when asked to recall, you might be able to remember the dog's size, color and path in the scope of your vision.

The unconscious mind stores the primal, instinctual thoughts which we cannot deliberately access. Our overt behavior may give signs of the unconscious forces that drive them, but that is involuntary. The countless memories and experiences collected through out childhood and as toddlers contribute to forming the person we are today. Yet, we cannot recall most of those memories, other than a few incidents of relatively larger significance. These are unconscious forces (beliefs, patterns, subjective reality) that drive our behavior.

According to Freud, the unconscious is split between the id (instincts) and the superego (conscience), which are in constant battle with one another. In psychoanalytic terms, the unconscious only includes things that are actively repressed from conscious thought. They can be tapped through free association, dreams, and Freudian slips.

However, the idea of the unconscious has been criticized by many psychologists, including Jean-Paul Sartre, David Holmes and John Searle.

The subconscious involves all information that cannot be fully consciously processed. According to Gavin De Becker, “instinct” is a result of the subconscious. In his book “The Gift of Fear,” he writes about how an individual’s subconscious can process information and make them act out of fear, without the individual fully understanding why they are acting that way.

According to Freud, the repressed thoughts and feelings in the unconscious could make a person unwell. He also claims it influences all behavior and decisions, even though we are unaware of it.

Freud used techniques such as dream analysis and free association to tap into the unconscious. Some people claim that the unconscious can be accessed through hypnosis, which sets the “conscious” mind to rest and allows the brain to access the repressed thoughts underneath.

“Subconscious” only refers to information that is not consciously processed, which can include patterns of behavior. Therefore, some people claim that hypnosis can be used to access and change these patterns, and so change behavior in the future.

Scientists (and, indeed, philosophers for over two millennia) have been trying to understand consciousness but there is no agreed upon explanation for how or why consciousness arises. It is also unclear whether animals other than humans can be described as having consciousness and a theory of mind.

This video, published by The Economist, offers a good summary of the current state of the debate in scientific and philosophical circles about the nature of consciousness: