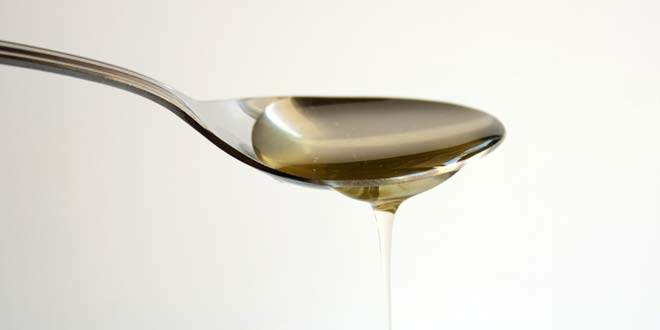 Agave syrup or agave nectar is sweeter than sugar, has a lower glycemic index, and has a higher percentage of fructose. It is made from the agave plant and marketed as a "natural" sweetener, although it is as processed as table sugar. 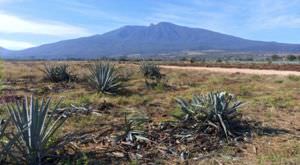 Agave syrup is made from the native varieties of agave plants in Mexico, the same plants used to produce tequila. Known brands Madhava and Wholesome Sweeteners sell for approximately $0.16 an ounce.

Table sugar is produced from either sugarcane or sugar beets. The sugarcane is grown in South America, the South Pacific, South Asia or the southern United States. Sugar beets may be grown anywhere. C & H and Domino are typical brands of table sugar that sell for about $0.05 an ounce.

Too much consumption of any sweetener, whether agave syrup or sugar, leads to obesity and diseases such as diabetes and well as possible tooth decay.

Agave syrup does have a lower glycemic index than sugar. However, agave syrup has more fructose content than even high fructose corn syrup. Agave syrup is composed of 47-56 percent fructose and 16-20 percent glucose, whereas sugar is composed of equal parts, 50 percent fructose and 50 percent glucose. Although fructose has a lower glycemic index than glucose, it has a much higher glycemic load and causes seven times as much cell damage as glucose. This higher fructose content in agave syrup gets broken down in the body differently from glucose, which can ultimately lead to insulin resistance.

Agave syrup is marketed "natural" and relatively healthier than sugar, but is actually just as processed as sugar. It has slightly fewer calories per 100 grams than sugar (310 as compared to sugar's 387), but significantly less sugar content (68g to table sugar's 100g) and fewer carbohydrates (76g to table sugar's 100g). It also has more sodium, potassium and magnesium compared to sugar.

While the terms agave syrup and agave nectar are used interchangeably, it is unclear whether they mean the same thing. While agave nectar is considered the same as agave syrup, there is a small set of people who believe counter-argument that agave nectar is the pure extract from the agave plant, while agave syrup is a processed product with higher fructose. According to them, agave nectar is raw, less processed, involves no chemicals or enzymes and contains less than 55% fructose, while agave syrup is more processed with chemicals and enzymes and has a higher percentage of fructose. However, all agave is now processed chemically to yield a syrup with high percentage of fructose, and various manufacturers sell it by different generic names; some call it nectar and others call the same thing syrup.

The bottom line, however, remains this: Even if the distinction between agave nectar and syrup had at some point been true, manufacturers do not distinguish between the labels "syrup" and "nectar," and a bottle that says Agave Nectar could very well be — and most often is — agave syrup.

Agave syrup is a light to dark amber liquid. Sugar ranges from brown to white, depending on the type and how much it's processed.

Agave syrup has a viscous to runny texture, which makes it much easier to dissolve than the granular crystals of table sugar.

Agave syrup is a vegan alternative to honey. Since it dissolves quickly, it is effective as a sweetener for cold beverages and desserts. Agave syrups are sold in light, amber, dark, and raw varieties.

Amber and dark agave syrups can be used "straight out of the bottle" as a topping for pancakes, waffles, and French toast. Since the dark version is unfiltered, it contains a higher concentration of the plant's minerals.

Sugar is used in baked goods, natural cereals and as a table sweetener. Brown sugar is more popular for baking. Turbinado or demerara sugar is unrefined cane sugar that can be used as a direct replacement for table sugar. White sugar is refined cane or beet sugar. All varieties of sugar taste similar to each other, outside the slight molasses flavor of brown sugar.

For beet sugar, beets are sliced and soaked in hot water at the processing plant. Sugars are isolated through filtration and purification with milk of lime. Rapid boiling in a vacuum evaporates the water. The syrup is seeded with crystals after it has cooled. The resultant sugar crystals get separated from the liquid in a centrifuge. The end result is white table sugar.