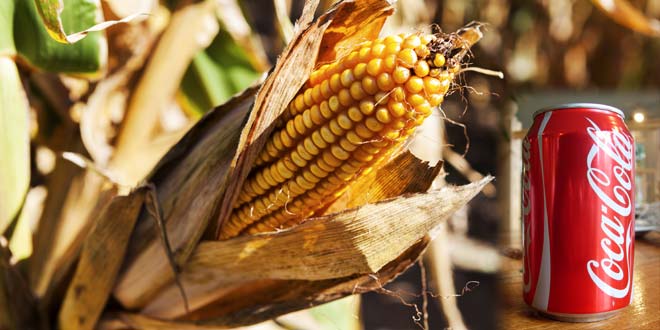 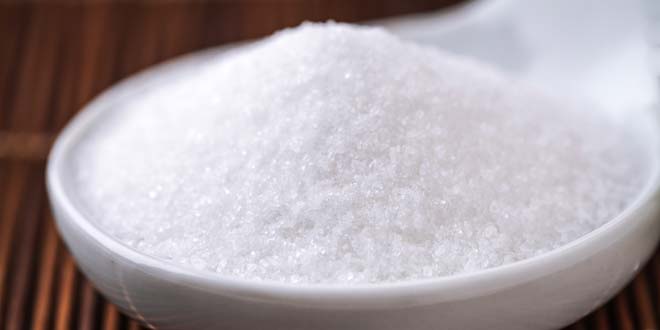 The use of artificial sweeteners and added sugars like high fructose corn syrup (HFCS) as opposed to sugar in processed food has become a topic of debate among health-conscious consumers. High fructose corn syrup contains a combination of glucose and fructose, and manufacturers find it cheaper to use than sucrose (sugar). There have been numerous studies that show why HFCS is harmful and how it affects health, but whether it is categorically worse than sugar is still up for debate.

Sugar and high fructose corn syrup have the same calorific value but HFCS has a higher glycemic index. HFCS also has higher fructose content than sugar, and the body processes fructose differently than other sugars.[1]

This comparison examines the ongoing debate, scientific literature from published research studies concerning high fructose corn syrup, as well as differences in composition and production of the two sweeteners.

High fructose corn syrup was first introduced in the United States in 1957, but was not considered marketable at the time. In the1970s, as the price of imported sugar in the USA increased on account of sugar quotas and sugar tariffs, food manufacturers looked for a cheaper, affordable sweetener that could be manufactured locally. By then, Dr. Takasaki from the Agency of Industrial Science and Technology of Ministry of International Trade and Industry of Japan had industrialized the process of HFCS manufacturing.

Because of government subsidies to corn growers in the US, corn prices remained low, making HFCS production very economical, and much cheaper compared to importing sugar. Beginning in 1975, manufacturers began using HFCS in soft drinks and processed foods.

Using high-fructose corn syrup as a sweetener has become a topic of controversy in recent years. HFCS has been accused of contributing to diabetes, cardiovascular disease, obesity and non-alcoholic fatty liver disease. Critics claim HFCS is more harmful than sugar.

In 2010, Princeton University conducted research into the effects of HFCS. The researchers gave rats access to either unlimited amounts of sugar water or HFCS. The rats accessing HFCS gained more weight, especially around the abdomen, even when their caloric intake was the same as the other rats'. The HFCS rats also exhibited higher levels of triglycerides and demonstrated characteristics of obesity, which carry a host of other health risks. However, similar results have not been reproduced in humans.

Critics have also questioned the link between high fructose corn syrup and overeating. They propose that HFCS actually decreases appetite satiation, leading to overeating. But this hypothesis has not been supported by scientific research either.

HFCS critics claim that the Princeton study supports a link between the increased usage of HFCS and the rising obesity epidemic. The Corn Refiners Association denies this link. They state that the obesity epidemic rises from over-consumption of overall calories and has nothing to do with the use of HFCS in food; they also claim that HFCS is the same as table sugar.

In their original forms, HFCS and sugar are different. However, studies show that the body breaks them down the same way, although people who drink HFCS beverages have higher levels of fructose in their blood, which is metabolized differently than other sugars.

Brian Dunning from inFact throws light on the HCFS vs Sugar debate:

So Which One is Better?

While there are no conclusive studies on why high fructose corn syrup is specifically worse than sugar, studies do show that consumption of too much HFCS leads to obesity and diseases like diabetes, as does the consumption of too much sugar. Foods containing HFCS – soda pop, processed snack foods and sugary cereals – are not healthful choices for a diet. Healthful eating generally requires avoiding the types of food that use high fructose corn syrup. Consuming too much sugar also leads to obesity and diabetes, and promotes tooth decay. Healthful eating requires limited sugar intake as well.

In other words, both sugar and high fructose corn syrup are harmful for the body, especially when the intake is high. These sweeteners accelerate aging, and rapidly degenerate brain cells. When consuming processed products with HFCS, the ratio of fructose to glucose is altered, changing the break-down metabolism and causing more sugar cravings. Consuming sugar in the raw or as an ingredient has a balanced fructose to glucose ratio (50-50), which makes the breakdown metabolism more predictable.

Composition of HFCS and Sugar

The scientific name for sugar or table sugar is sucrose. Sugar is a mixture of 50% fructose and 50% glucose.

Workers start by milling corn, which results in corn starch. The corn starch is then processed to produce corn syrup, mostly glucose syrup. With the addition of enzymes, some of the glucose becomes fructose in an isomeric process. The ratio at this point is 42 percent fructose, or HFCS 42, commonly used in processed foods, baked goods, cereals and beverages.

To make HFCS 55, refiners pass HFCS 42 through an ion-exchange column. This column retains fructose at a 90-percent grade, making HFCS 90. The refiners mix this with the HFCS 42 syrup to create the mix of 55 percent fructose to 42 percent glucose, HFCS 55. This mixture is the primary soft drink sweetener.

Sugarcane requires a tropical or subtropical climate and is grown in South America, the South Pacific, South Asia and the southern United States.

After harvesting by hand or machine, sugarcane stalks are transported to a processing plant, where sugar is extracted through milling or diffusion. They add lime and heat the sugar juice to kill enzymes, resulting in a thin syrup which is then evaporated in vacuum chambers to condense the sugars. The concentrated syrup is then seeded with crystals to enable crystallization. The crystals are separated from the fluid and dried them out. A by-product of this process is molasses. 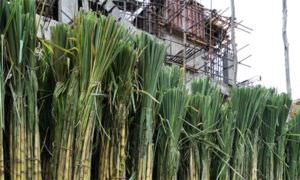 Refining sugar involves first immersing the crystals in a concentrated syrup to remove the brown coating. Next, the crystals are dissolved in water. The syrup goes through precipitation, filtering out impurities and returning sugar to solid form. Workers remove color by way of chemical processes; either activated carbon or ion-exchange resin. The syrup is again concentrated by boiling, cooling and seeding with crystals. The leftover liquid is removed via centrifuge, and the end result is white table sugar. 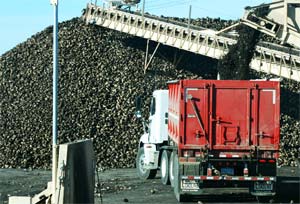 Sugar beet harvest with large piles of sugar beets in the background.

Making sugar from sugar beets is a cheaper and easier process than from sugarcane. Beets can remain underground for an extended time without rotting. Beets are harvested and transport to the processing plant. They are then sliced and soaked in hot water. The sugars are isolated through filtration and purification with milk of lime. Rapid boiling in a vacuum evaporates the water. The syrup is seeded with crystals after it has cooled. The resultant sugar crystals get separated from the liquid in a centrifuge. The end result is white table sugar with no further refinement necessary.

How Sugar Traveled the World

The use of sugarcane originates in India. Around 500 B.C., inhabitants of the Indian subcontinent created sugar crystals. They made sugar syrup with a process remarkably similar to present-day production: heating sugar and then cooling the syrup to make sugar crystals. Since sugar crystals are easier to transport and last longer than sugar cane, sugar became a trading commodity.

The method for crystallizing sugar traveled with the traders. Indian sailors introduced the procedures along their trade route. Likewise, traveling Buddhist monks brought the knowledge to China. However, it wasn't until 7th century A.D. that China planted sugarcane.

While Alexander the Great's troops did bring sugarcane back to Europe, sugar remained rare there. More than a millennium later Crusaders brought back sugar from the Holy Land. In the 12th century, Venetians created sugarcane plantations and began exporting sugar.

Christopher Columbus brought sugarcane to the New World in the 15th century after a sojourn with Beatriz de Bobadilla y Ossorio, governor of the Canary Islands. However, sugar remained a luxury in Europe until the 18th century. Etienne de Bore created the first granulated sugar in 1795 in Louisiana.