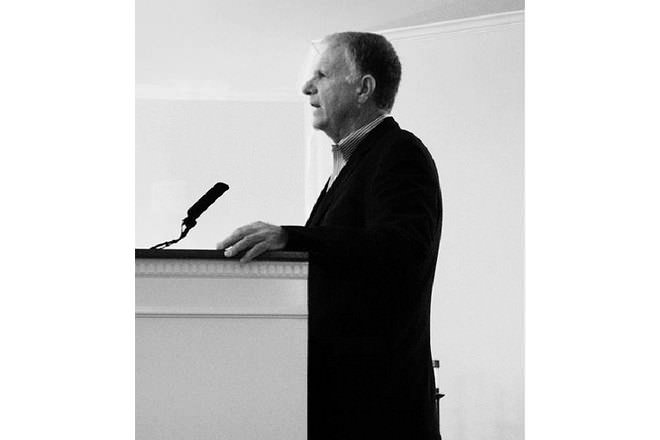 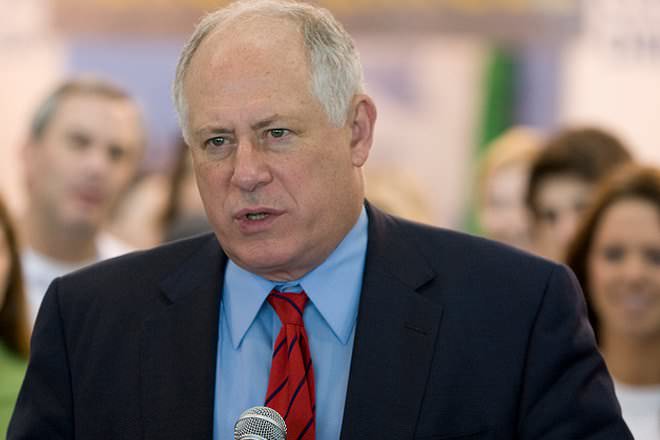 In a gubernatorial race too close to call, with 99% reporting Pat Quinn is leading Bill Brady (Republican) by a wafer-thin margin of 46.6% to 46.1%. Quinn is a Democrat and incumbent governor of Illinois.

This article presents an unbiased overview of the positions of both candidates. See also Alexi Giannoulias vs Mark Kirk.

Bill Brady was born in Bloomington, Illinois in 1961. He is a businessman and a politician. He is co-owner of Brady Homes, one of Central Illinois' largest home builders; a Days Inn motel in Danville, Illinois; a ReMax realty agency; and an Amish furniture store among other business holdings. His political career includes serving in the Illinois House of Representatives, representing the 88th District from 1993 to 2000; and being a member of the Illinois Senate, representing the 44th Legislative District since May 2002. He ran for Governor in 2006 but was unable to secure the Republican nomination when he lost the primary to Judy Baar Topinka.

Pat Quinn was born in Hinsdale, Illinois in 1948. He was a tax attorney before his career in public office. His political career includes serving as Treasurer of Illinois 1991 to January 1995 and Lieutenant Governor of Illinois from 2003 to January 2009, when he then Governor Rod Blagojevich was ousted on corruption charges and Quinn was sworn in by virtue of being Lt. Governor.

Bill Brady supports lowering Illinois's minimum wage rom its current $8.25 per hour to match the federal minimum wage of $7.25.[1] His economic policy calls for tax credits to reward businesses when they hire new employees. Brady's jobs plan (PDF) mentions a two-year, $3,750 tax credit to businesses for every new job they create, $2,500 in the first year and $1,250 in the second year. Brady opposes a graduated income tax (where higher earners are taxed at a higher rate on any income over certain thresholds). Other proposals from Brady include:

Brady and Quinn both by and large follow the party line when it comes to social issues.

If elected governor, Brady promises to "maximize implementation of medical savings accounts as a means to allow people to be more involved in their health care decisions." Brady voted against extending parental health insurance to unmarried dependents.

On the other hand, Quinn believes that healthcare is a fundamental right and not a privilege. He has been a vocal advocate for healthcare reform and a strong supporter of a public option.

Bill Brady is of the opinion that concealed carry of firearms should be legalized in Illinois. He is not in support of any further restriction on ownership of firearms in the state. On the other hand, Pat Quinn has been endorsed by the anti-gun group Brady Campaign to Prevent Gun Violence.

Bill Brady is pro-life. He doesn't support abortions (undertaken under any circumstances) except when the expectant mother's life is at risk. On the other hand, Pat Quinn "supports a woman's right to privacy and choice without restriction as embodied in Roe v. Wade."

Brady supports the Illinois state constitutional amendment where marriage is defined as "…between one man and one woman". He is thus opposed to gay marriage. On the other hand, Pat Quinn supports equal rights for LGBT community. Quinn has the support of Equality Illinois, a leading gay rights organization.[2]

In a close race, both campaigns have run attack ads against each other. As of early September, they had not participated in any political debates.

Opinion polls indicate that the Brady - Quinn race is one of the closest races in the 2010 elections.