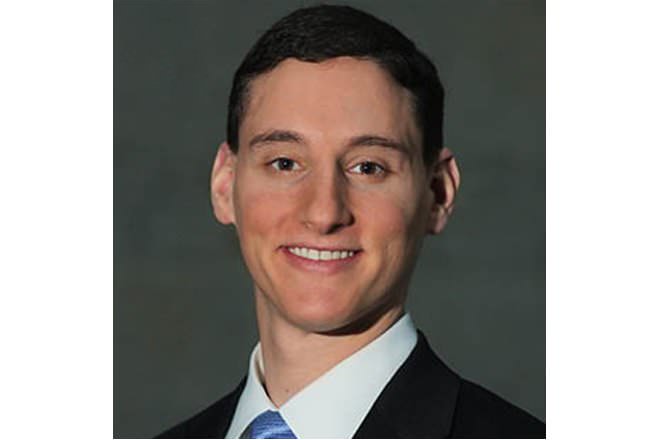 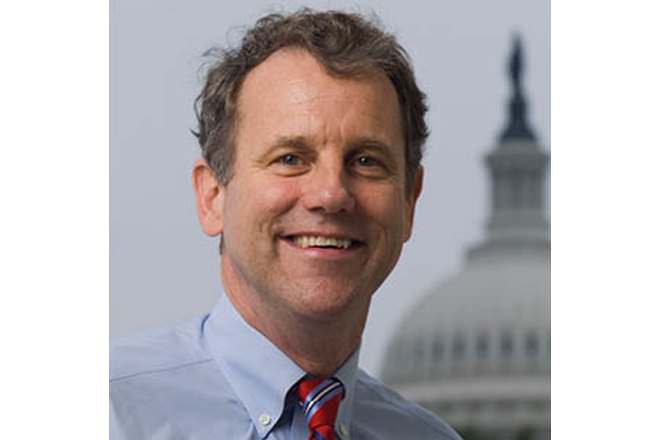 This article presents an unbiased comparison of the political positions and policies of Josh Mandel and Sherrod Brown, candidates for the 2012 Senate Elections in Ohio.

Sherrod Brown, a member of the Democratic party and the incumbent, beat Josh Mandel to win re-election to a second term.

Josh Mandel was then current Ohio state treasurer and the Republican nominee for the 2012 Ohio Senate elections. Prior to joining politics, he served in the Marine Corps for 8 years where he was awarded the achievement medal for "superior performance of his duties" on two occasions. 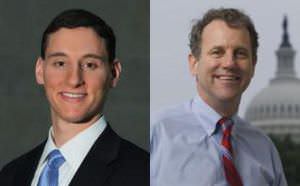 Josh Mandel was born in Cleveland, Ohio, and earned a BA in communications from the Ohio State University and a JD from Case Western Reserve University of Law. He served with the US Marine Corps Reserves for eight years and was elected to the Ohio House of Representatives in 2006. He has been State Treasurer since 2010.

Sherrod Brown was born in Mansfield, Ohio, and gained a BA in Russian studies at Yale University in 1974. He earned both a Master of Public Administration and an MA in education from Ohio State University and taught at the university as well as serving as an Ohio State Representative between 1974 and 1982. He became Secretary of State in 1982 and was in the US House of Representatives from 1992 to 2006, when he became a U.S. Senator.

Josh Mandel supports a simplified tax code using only one or two brackets and eliminating most credits and exemptions. He wants to eliminate the estate tax. [1]

Sherrod Brown supports a tax increase for those earning over $1 million annually. He opposed making the Bush tax cuts permanent and voted against eliminating estate tax. [2]

Josh Mandel supports the Balanced Budget Amendment and making the federal government responsible for its spending. [3]

Josh Mandel has not spoken about social security.

Sherrod Brown opposes any cuts or privatization of Social Security. [5]

Josh Mandel opposes Obama’s Affordable Health Care Act. He believes health insurance should be purchasable over state lines and that there should be more choice and competition in insurance and health care providers. [6]

Sherrod Brown supports the Affordable Care Act. He opposes any cuts to Medicare. [7]

Josh Mandel has not spoken about immigration issues.

Josh Mandel opposes gay marriage and does not want sexual orientation to be included in anti-discrimination bills. [11]

Josh Mandel has not spoken about women’s rights.

Josh Mandel believes energy independence should be a national priority. He opposes federal barriers to drilling and refining oil and supports the Keystone Pipeline. [16]

Sherrod Brown supports energy independence through clean energy sources. He introduced the Program for Offshore Wind Energy Research and Development to encourage the development of the wind energy sector and is now spearheading a solar power initiative. [17]

Josh Mandel declared Iran a threat to all democracies. [18]

Sherrod Brown supports economic sanctions against Iran until it ceases its nuclear program. [19]

Josh Mandel has not spoken about Iraq.

Money spent on the race

The Mandel-Brown race is the most expensive in Ohio history; the candidates raised a combined total of over $25 million by July 2012.

The first debate between Sherrod Brown and Josh Mandel was held on October 15, 2012.

The final debate was held on October 25. Analysis of the debate can be found on YouTube, DailyKos, NBC News and the New Yorker.

Mandel vs Brown in Opinion Polls

Sherrod Brown has maintained a small lead over Josh Mandel in opinion polls in Ohio.