A purine is a heterocyclic aromatic organic compound containing 4 nitrogen atoms. It contains two carbon rings, and is made of a pyrimidine ring fused to an imidazole ring. 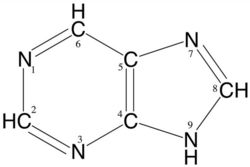 Structure of a purine

A pyrimidine is a heterocyclic aromatic organic compound containing 2 nitrogen atoms. It contains only one carbon ring.

Structure of a pyrimidine

Both purines and pyrimidines have the same function: they serve as a form of energy for cells, and are essential for production of DNA and RNA, proteins, starch, regulations of enzymes, cell signaling. 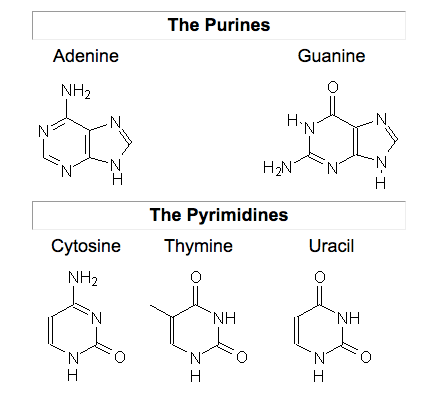 The chemical structure of all purines (adenine, guanine) and pyrimidines (cytosine, thymine, uracil).

Purines can be created artificially through Traube purine synthesis.

Pyrimidines can be prepared in a lab using organic synthesis, such as through the Bigineli reaction.