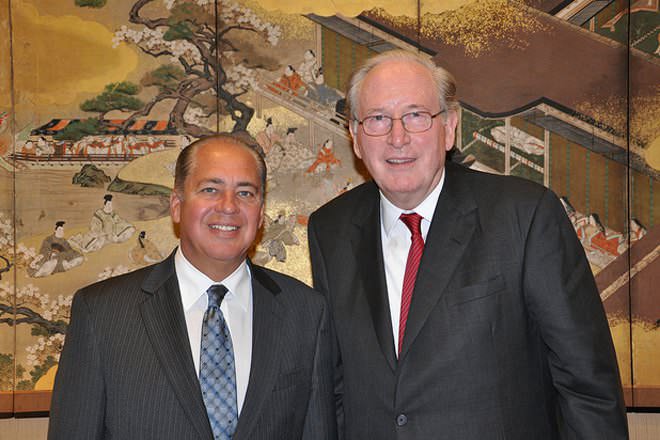 This article presents an unbiased comparison of the political positions and policies of Bill Maloney and Earl Ray Tomblin, the Republican and Democratic party candidates respectively for the 2012 gubernatorial elections in West Virginia. Earl Ray Tomblin is the incumbent governor; he defeated Maloney in October 2011 in a special election after then-incumbent Joe Manchin resigned.

Bill Maloney was born in Morgantown, West Virginia, and graduated from Lehigh University. He co-founded a drilling company in 1984, which specialized in drilling large-diameter shafts for coal, oil and natural gas. He has never held office before.

Earl Ray Tomblin believes that health care should be affordable and accessible to everyone. He petitioned for the healthcare coverage of uninsured children with family incomes of up to 300 percent of the federal poverty level. [4]

Earl Ray Tomblin opposes legal abortion. [6]. He supported a bill that would make abortion illegal once the fetus can feel pain. [7]

Earl Ray Tomblin opposes gay marriage, but does not believe in a constitutional amendment. [9]

Bill Maloney wants to implement education reform, including raising teachers’ salaries as a reward for improved performance and invested in educational resources. [12]