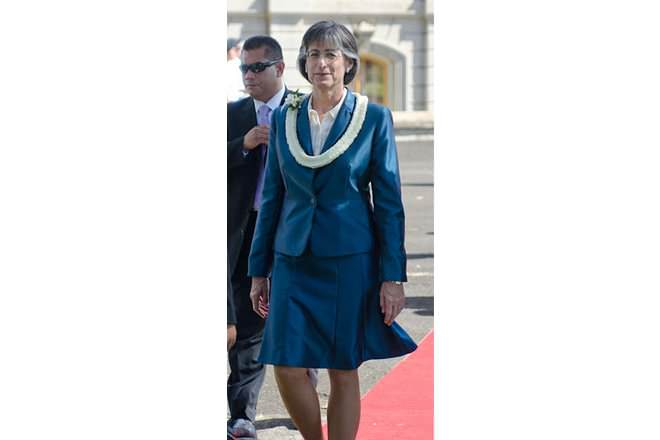 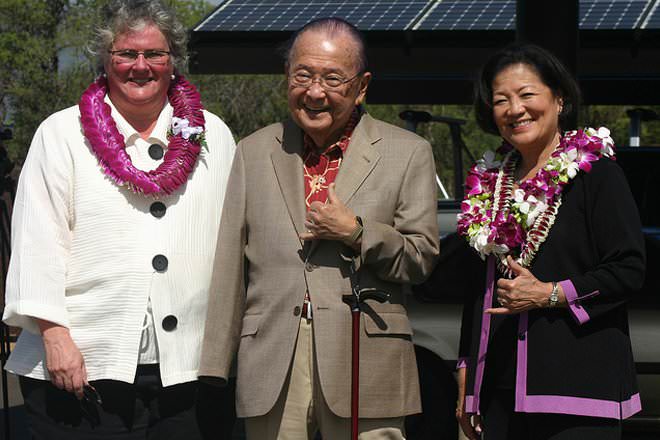 This article presents an unbiased comparison of the political positions and policies of Linda Lingle and Mazie Hirono, candidates for the 2012 Senate Elections in Hawaii. It was a very competitive race, which is unusual for Hawaii because the state typically votes Democratic and does not tend to unseat incumbents. Neither candidate was an incumbent and Democrat Hirono defeated Republican Lingle to win the election.

Mazie Hirono was the Democratic nominee. She ran against (and lost to) Lingle during the 2002 Gubernatorial elections. She is a lawyer and politician by profession. 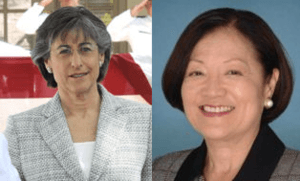 Linda Lingle was born in St. Louis, Missouri in 1953 and received her bachelor's degree in journalism from California State University, Northridge in 1975. Before entering politics, she worked as a journalist and started the Molokai Free Press, a community newspaper. She was elected Mayor in 1991 and then in 1994. She stood for the 1998 Gubernatorial election where she lost to Benjamin J Cayetano in one of the closest election in Hawaii's history. In 2002, she was elected as the Governor of Hawaii and then re-elected in 2006.

Mazie Hirono was born in Fukushima Prefecture, Japan, in 1947. She earned a BA in psychology from University of Hawaii in 1970 and JD from Georgetown University Law Center in 1978. She practiced law in Honolulu, HI before being elected to Hawaii's 12th house district. She was elected Lieutenant Governor (1994–2002). She has held the U.S. House of Representatives in Hawaii's 2nd congressional district (2007–present). She lost against Linda Lingle during the 2002 Gubernatorial elections and is rerunning against Linda during the 2012 Hawaii Senate Elections.

Mazie Hirono supports eliminating tax breaks for the rich (2%). She supported the extension of Alternative Minimum Tax (AMT) exemptions for middle class and closing the AMT relief for offshore businesses.[2]

Mazie Hirono supported the $192B anti-recession stimulus package, $15B bailout plan for GM and Chrysler and $60B stimulus package for jobs & energy. She opposes terminating the Home Affordable mortgage program. [4]

Linda Lingle has not spoken about social security.

Linda Lingle supports developing a comprehensive reform for the immigration issues. She believes in having the same number of visas from all countries. [10]

Mazie Hirono has not spoken about immigration.

Linda Lingle has not spoken about gay rights during the current campaign season. But, while serving as governor, Lingle vetoed a bill that would have allowed civil unions for same-sex couples.

Linda Lingle has not spoken about women's rights.

Mazie Hirono supports improving early-childhood education programs and reforming the No Child Left Behind Law. She supports spending $40B for green public school programs, $10B for improving federal education and $25B for renovating the elementary schools. [14] [15]

Linda Lingle has not spoken about foreign issues.

The first debate between Mazie Hirono and Linda Lingle was held on September 6, 2012 and was a fiesty affair. Some highlights are presented below:

The second debate was held on October 8 and was sponsored by AARP. Highlights below:

The final debate was held on October 22 and saw the two candidates continuing to attack each other. Hirono criticized Lingle for praising George Bush and supporting the Palin-McCain and Romney-Ryan tickets.[20]

Lingle vs Hirono in Opinion Polls

Hirono leads Lingle in early opinion polls in the state.