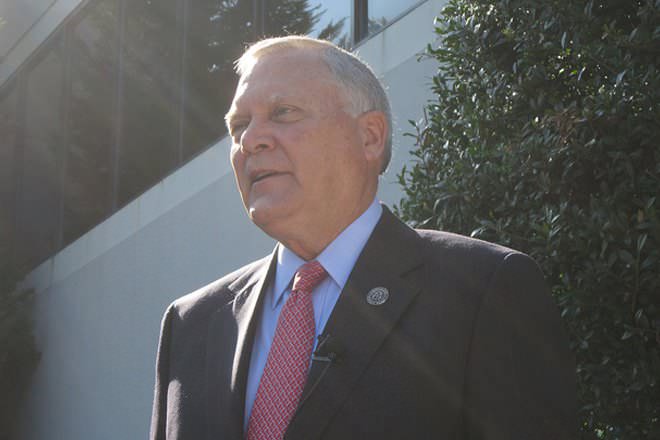 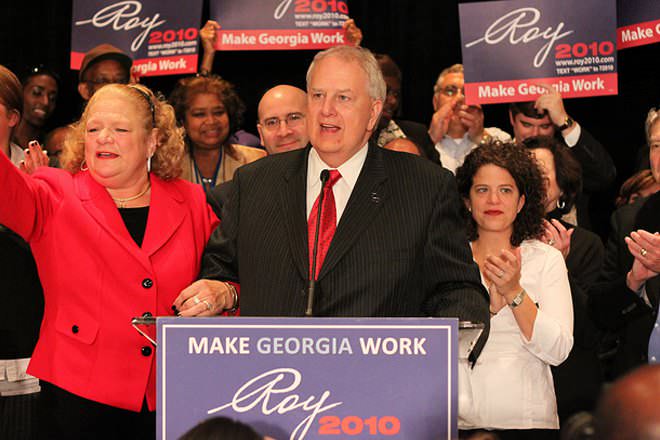 Nathan Deal (Republican) defeated Roy Barnes (Democrat) in the 2010 gubernatorial election in Georgia. They are both career politicians who have served in the Georgia state senate. Roy Barnes had already served as governor of Georgia for one term (1998-2002) and was ousted by Sonny Perdue, who is now completing two terms in office.

Roy Barnes was born in 1948 in Mableton, Georgia. After graduating from high school, he enrolled at the University of Georgia and graduated with a degree in history in 1969. In 1970, he married Marie Dobbs, with whom he has had three children. After college, Barnes enrolled in the University of Georgia School of Law. After graduating from law school in 1972, he returned to Cobb county to work as a prosecutor in the Cobb County District Attorney's Office.

Deal was born in 1942 in Millen, Georgia. He studied at Mercer University and Walter F. George School of Law in Macon and served as an officer in the U.S. Army. After leaving the army, Deal worked as a lawyer, assistant district attorney, and judge. He was a member of the Georgia Senate from 1981 to 1993.

In 1974, Barnes became the youngest member of Georgia's senate at age 26 and went on to serve 8 terms in the state senate. In 1990, he ran for governor but was beaten in the Democratic primary and was not nominated. From 1992 to 1998 he was a member of Georgia's House of Representatives. In 1998, he ran for governor again and this time he won. His tenure as governor was marked by some controversies. He changed the flag of the state of Georgia because it had featured the Confederate battle emblem since 1956, the year the Civil Rights Movement gained momentum. His education reform measures included eliminating tenure for newly hired teachers and ending social promotion by requiring students to pass a test before advancing to the next grade. Many commentators believe that these controversial measures led him to lose the 2002 elections for governor to Sonny Perdue.

Nathan Deal was a Georgia state senator from 1981 to 1993. In 1992, he was elected to Congress. In 1995, four months into his second term as Congressman, he switched parties and became a Republican. He continued to serve as a Congressman until March 2010, when he resigned after voting against the healthcare reform bill.

Nathan Deal is a proponent of "zero-based budgeting", a technique that requires government agencies to "start over each new budget year - start from zero - and build the budget from scratch". Deal's economic plan calls for:

Roy Barnes plan to create jobs calls for retrofitting "every state building and public school in Georgia for clean, efficient energy consumption – this includes the use of low-flow toilets and the expansion of our sewer systems where necessary." The idea is that these projects will reduce the state's energy and water costs in the long run, while putting Georgians back to work right now. His website calls for other themes for job creation but does not offer any other specific proposals.

Barnes wants to increase funding to public schools. He opposes teacher furloughs. He wants to pay high wages to teachers, and offer incentives to teachers who obtain National Board Certification, or act as mentors to other teachers.

Deal has promised to "take power away from education bureaucrats and empower local leaders to cater their plans to their local needs and resources".

Nathan Deal is supportive of Arizona's controversial new immigration law and wants to enact similar legislation in Georgia. Barnes' website does not mention his stand on this issue.

Deal is staunchly anti-abortion. Barnes opposed abortion but now says he favors abortion rights after his daughters persuaded him to rethink his views. [1]

Like most conservative Republicans, Nathan Deal opposed the healthcare reform bill that was passed in 2010. As a Democrat, Roy Barnes did not oppose the bill.

Deal declined a debate with Barnes when they were both in Savannah. Barnes released his tax returns for 25 years and urged Deal to do the same.

Deal vs Barnes in Opinion Polls