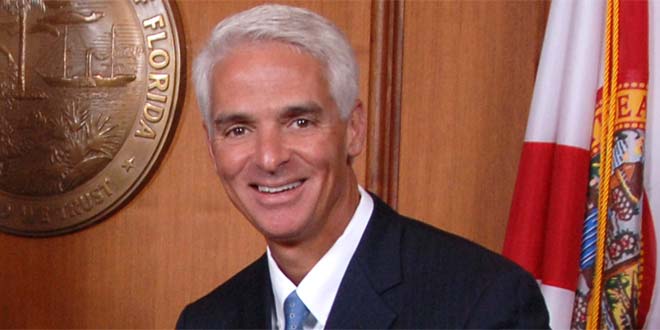 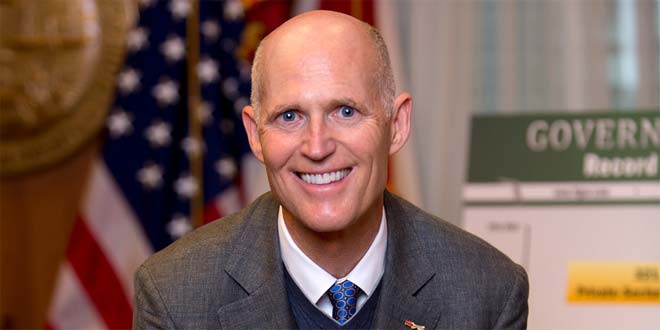 This is an unbiased comparison of the political positions and policies of Charlie Crist and Rick Scott, the Democratic and Republican party candidates respectively in the 2014 gubernatorial election in Florida.

Florida voters are familiar with Rick Scott, Florida's present governor, and with Charlie Crist, as the governor preceding Scott. Crist used to be a Republican, but after losing to Marco Rubio in the Republican primary for the U.S. senate seat from Florida, he contested the 2010 senate election as an independent and switched to the Democratic party in 2012.

Originally from Pennsylvania, immediate past governor Charlie Crist grew up in St. Petersburg, Florida, graduating from a local high school in 1974. Crist has three sisters. He attended a part of college at Wake Forest before moving to Florida State. He earned a law degree from Alabama's Samford University in 1981, and practiced law until 1992, when he won a seat in the Florida state Senate. Crist was a Republican until 2010 when he became an independent. He became a Democrat in 2012, endorsing President Barack Obama for reelection.

Rick Scott is the current governor of Florida. Scott was born in Bloomington, Illinois. Prior to becoming governor, Scott founded with two business partners the Columbia Hospital Corporation, which later became Columbia/HCA. After Scott left the company, Columbia/HCA admitted to improper Medicare billing practices, and, in a settlement with the federal government, agreed to pay $600 million. Prior to Columbia/HCA, Scott served as an attorney for the firm Johnson and Swanson in Dallas, Texas, and as a petty officer in the U.S. Navy.

While serving as Republican governor of Florida, Crist sided with conservative economic theory by cutting taxes to spur the state's economy. However, Crist sided with Democrats after the 2008 financial crisis by supporting the federal “stimulus” spending package. In order to boost the economy, he first plans to "make it fairer for the middle class," as mentioned in his economic policy.

Scott believes in a combination of cutting government regulations and cutting taxes to spur job creation and business startups.

Although Crist does not hold elective office, he often mentions his tax-cutting record. In 2007, he signed into law property tax cuts — known in Florida as Save Our Homes — that his administration estimated would save $25 billion. But with the 2008 financial crisis, the housing market collapsed, and property values in Florida decreased. Estimates of tax savings made before the crash were deemed over-inflated. However, estimates show that Crist's property tax cuts saved $1 billion or more each year. [1]

Scott has been denouncing the federal stimulus, but has continued to allow Florida to accept money from it. Democrats have criticized him as hypocritical for spending stimulus money while other governors have refused it.

In general, Crist supports having “less government.” He has extended this position to issues like gay marriage, drugs legalization, and abortion.

Scott supported the U.S. House Republican “cut, cap, and balance” plan, which was a bill that sought to cut government spending, cap future spending, and balance the federal budget.

Most recently, Crist has spoken out against raising the retirement age, and against cutting cost of living increases for the elderly. He believes the federal government can save money by focusing on cleaning up “waste and fraud” within the social security system to save money.

In general, Scott would opt to privatize social security, but has made no major policy moves or speeches. He supported a Florida law that requires welfare recipients to take drug tests to qualify for the benefit.

Crist believes the state infrastructure needs a boost and promises to invest in better equipped roads, ports, high-speed rail, and mass transit in general. He also plans on expanding the Space Coast, the base for NASA's aerospace and engineering projects.

Scott, who had rejected federal funds for the nation's first high-speed rail line before, has wants to invest in a long-planned but unfunded elevated expressway to help ease the congestion on two major roadways in Clearwater.

Crist is a supporter of President Barack Obama's Affordable Healthcare Act. As governor of Florida, he once floated a plan to offer $150-per-month health plans to insure nearly 4 million uninsured Floridians.

Scott opposes government intervention in healthcare, and has joined with other states in suing the federal government over the implementation of Obamacare. Scott has stated that he believes the “free market” should be the only marketplace for healthcare.

Crist has said that abortion is a “personal decision” but is against partial-birth and late-term abortions. In 2010 he vetoed a bill that would have required women to undergo an ultrasound before receiving an abortion.

Scott does not support abortion rights, nor does he support human embryonic stem cell research.

Crist supports an “earned path to citizenship,” but not full amnesty. He believes that undocumented immigrants should be “sent to the back of the line” and that federal and state governments should focus on sealing borders to prevent illegal immigration.

Scott supports a national ID card, and came out in favor of an Arizona immigration law that would allow local police to detain persons who appear to be undocumented immigrants and check their immigration status.

Charlie Crist opposes a ban on gays serving in the military, but has stated that the now-repealed “don't ask, don't tell” policy worked. Crist now supports same-sex marriage [2], but as recently as 2006 he stated publicly that he believed marriage should be between “one man and one woman.” He later apologized saying he was only trying to be a good Republican. [3]

Rick Scott has said that he will uphold a Florida constitutional amendment from 2008 that defines marriage as between “one man and one woman.”

Crist has stated that he believes it is the choice of a single woman or a couple whether to choose an abortion. Though his record is scant, Scott's approval ratings among Florida women are low; he once vetoed $1.5 million in state funds that would've supported rape crisis centers in the state.

Crist supports government vouchers for parents wanting to enroll their children in private, public, or religious schools. He is a strong advocate for school choice. He opposes merit raises for teachers tied to state standardized tests because some teachers' pay would be affected by students they don't teach. That's because Florida only tests reading and math skills – so art and science teachers, for example, might be penalized for students performing poorly on a math test.

Scott has eliminated tenure for teachers in Florida, but did enact a $2,500 raise for teachers and is in favor of performance pay. He supports charter schools. In 2011, Scott signed into law the very test-score based merit raise system that Crist opposed. [4]

Both Crist and Scott strongly support the Second Amendment (the right to bear arms) and have an A- rating from the NRA. However, Crist now is leaning towards a ban on assault weapons, limit on the size of ammunition clips, and a tougher background check system.

Broadly, Crist supports the theory that man-made pollution is contributing to the decline of Earth's environment. He has supported restoration and protection of Florida's natural areas, including the everglades. Unlike Scott, Crist supports cap-and-trade style pollution regulation. In his 2008 state of the state address, Crist recommended allocating $200 million toward alternative energy development. [5] Crist also wants to do away with the monopoly of big utility companies and support smaller businesses that may offer energy alternatives at competitive prices.

Rick Scott infamously refused to participate in a debate with Crist citing Crist's use of a fan under the lectern.[6][7]

Here is the full video of the debate:

According to polling, the race between Charlie Crist and Rick Scott has grown closer in recent months. Libertarian Party member, Adrian Wyllie (not shown in polling results below), is sometimes coming away with as much as 5% of the "vote" in opinion polls, thus making this election potentially much more unpredictable.