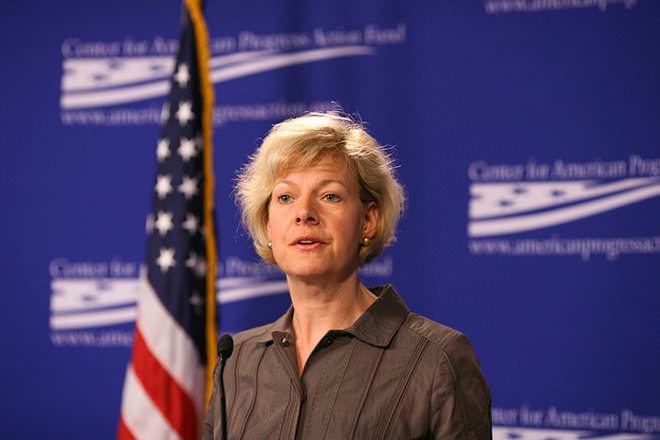 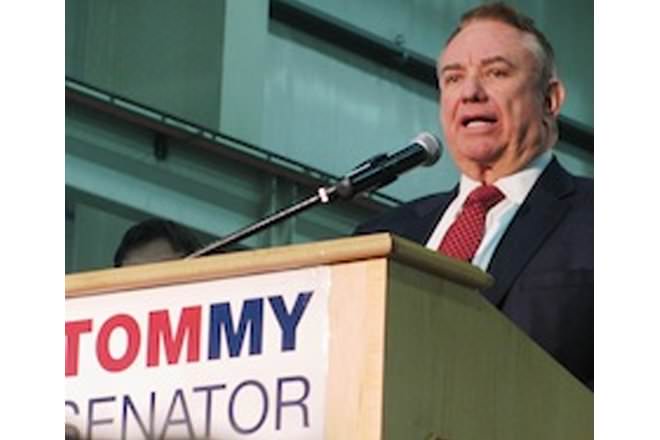 This article presents an unbiased comparison of the political positions and policies of Tommy Thompson and Tammy Baldwin, candidates for the 2012 senate elections in Wisconsin.

Baldwin defeated Thompson to win the election and became the first openly gay person to be elected to the U.S. Senate.

Congresswoman Tammy Baldwin, a member of the Democratic Party, had been the U.S. Representative for Wisconsin's 2nd congressional district since 1999. Baldwin was not only the first woman elected to Congress from the state of Wisconsin, but was also the first openly gay non-incumbent elected to the House of Representatives.

Tommy Thompson is a member of the Republican Party. He was the 42nd Governor of Wisconsin.

Baldwin was born and grew up in Madison, Wisconsin. She earned a bachelor's degree from Smith College in 1984 and a law degree from the University of Wisconsin Law School in 1989. Baldwin served in the Wisconsin State Assembly from 1993 to 1999. Since 1999 she has been serving in her current role as Congresswoman.

Thompson was born in Elroy, Wisconsin. He is a former captain in the United States Army and holds a law degree from the University of Wisconsin Law School. He was elected to the Wisconsin State Assembly in 1966; he became the Assembly's assistant minority leader in 1973 and minority leader in 1981. From 1987 to 2001, Thompson served as the 42nd Governor of Wisconsin, having been elected to an unprecedented four terms. He left office when he was appointed by President George W. Bush as Secretary of Health and Human Services, a position in which he served until 2005. He also ran for President in 2008 but lost the race for the Republican nomination to John McCain.

Baldwin voted in favor of the auto bailout for GM and Chrysler. She supported the $192B anti-recession stimulus spending; additional $825 billion for economic recovery package, and also $60B stimulus package for jobs, infrastructure, and energy.

Thompson supports building roads to create jobs. He also supported expansion of Amtrak and improve mass transportation. During his tenure as the Governor of Wisconsin (1999-2001), Thompson made 255 vetoes to cut $43 million in spending. He also vetoed to eliminate $43 million in tax hikes on business, including $31 million in recycling taxes on companies.

Baldwin voted against terminating the Home Affordable Modification Program (HAMP). She also voted in favor of revitalizing severely distressed public housing in 2008 and regulating the subprime mortgage industry in 2007.

Thompson has proposed sweeping changes to the federal tax code, calling the current tax system “dysfunctional” as the result of “political manipulation and special interest pandering.” He has proposed making the Bush tax cuts permanent, limit federal spending to 18.5% of GDP, and move toward a flat income tax. His proposal also includes exempting all households earning less than $100,000 from capital gains taxes, eliminating federal taxes on Social Security income and simplifying the federal corporate income tax to two brackets, 25% and 10%.[1][2]

Baldwin is in favor of a progressive tax code where individuals who have high incomes pay a higher tax rate. She has said "the [current tax] system is rigged" because millionaires like Republican presidential candidate Mitt Romney could end up paying a lower percentage of their income in taxes than middle class Americans.[3] She has called income inequality the "defining issue of 2012" and has introduced a Buffett Rule bill in Congress.[4]

Baldwin has criticized Thompson's tax plan saying it would result in an average tax break of $87,000 for the top 1% high-income individuals. Politifact has rated this analysis "Mostly True".[5]

Thompson also has extensive healthcare experience owing to his tenure as secretary of Health and Human Services (HHS), during which he recommended $200M for UN Global Fund to fight HIV/AIDS. He proposed block grants to states for all of Medicaid. He proposed that each state annually be given the Medicaid dollars it had received during the prior year, adjusted for inflation and changes in the state's population of the poor. The state would be allowed to fashion its healthcare program for the poor as the state chose. Thompson stresses on transforming healthcare into wellness and prevention system. He supports eliminating racial and ethnic disparities in health. He vows to protect Medicare and add prescription drug benefits. He also supports small business insurance pool for uninsured. Thompson wants to repeal the Patient Protection and Affordable Care Ac (aka Obamacare). His healthcare proposal calls for linking federal reimbursement for health care costs with quality outcomes, more transparency in healthcare data, rewarding consumers for healthy behaviors such as smoking cessation and weight reductions, and enacting medical liability reform.

In a speech to the group Lake Country Area Defenders of Liberty, Thompson said he wanted to "do away with Medicaid and Medicare". Baldwin quoted him and criticized him for wanting to end Medicare. Thompson's campaign, however, said that by "doing away" he meant changing Medicare, not ending it. Politifact has rated Baldwin's criticism half-true.

Thompson in turn has criticized Baldwin for supporting universal healthcare, a public option and "Medicare for all", which PolitiFact has rated mostly true.

Baldwin is a strong advocate of gay rights. If elected, she would become the first openly lesbian U.S. senator. She voted in support of prohibiting job discrimination based on sexual orientation. Baldwin voted against constitutionally defining marriage only as the union of a man and a woman; and against banning gay adoptions in District of Columbia.

In the 2007 GOP primary debate, at Reagan Library, hosted by MSNBC, Thompson replied affirmative to the question whether it was okay for private businesses to fire employees for being gay. He later retracted his statement and apologized.

Baldwin voted in favor of $40B for green public schools for the modernization, renovation, or repair of public schools, including early learning facilities and charter schools, to make them safe, healthy, high-performing, and technologically up-to-date. She voted for an additional $10.2B for federal education and HHS projects, and $84 million in grants for Black and Hispanic colleges. Baldwin also supported funding for teacher training and other initiatives.

Baldwin voted against authorizing the Iraq War in 2002. Thompson's stated position on Iraq is that the Iraqis should vote on U.S. presence in the country.

Thompson funded $170M in “conservation easement” land purchases. He created the program in 1989 and used it to purchase the three largest land acquisitions in state history. Thompson signed the Midwestern Governors' Conference resolution to replace MTBE in gasoline with cleaner ethanol; and more EPA flexibility on interstate ozone.

The first debate between Tommy Thompson and Tammy Baldwin was held on September 28, 2012. The full below is presented below:

The second debate was held on October 18, 2012 and saw a spirited exchange in a format that allowed both candidates to interact with each other directly. Analysis and reporting for the debate can be found here and here and the full video of the debate is presented below.

The third debate was held on October 26, 2012. The full video can be found on YouTube here.

Baldwin vs Thompson in Opinion Polls

Thompson led Baldwin in early opinion polls in the state. However, Baldwin edged ahead in late August.

Good summary! Thanks for compiling this info into one easy to read page!