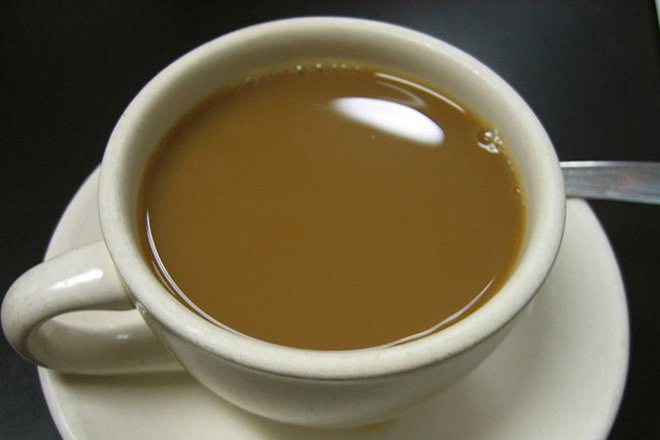 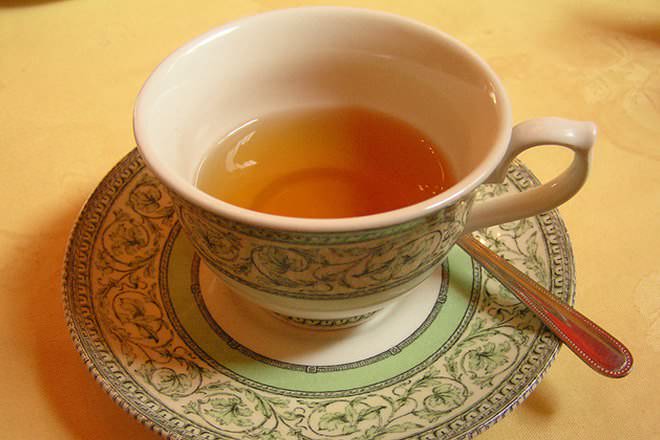 Tea and coffee are the two most common beverages in the world. They are widely believed to be addictive and hazardous to health when taken in large quantities. 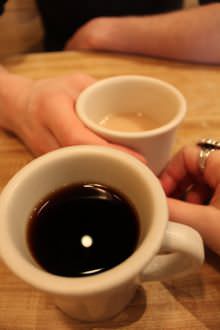 Black Coffee and Tea with milk and cream

History of Tea vs Coffee

Both coffee and tea have legendary pasts, including wars that have been waged for access to these products. Tea was discovered by the ancient Chinese ruler Shen Nong, when a fateful leaf fell into his boiling water.

The history of coffee began much later and is believed to have been first cultivated in Arabia near the Red Sea in 674 A.D. The story of Coffee dates back to the 1400s, when a Yemeni shepherd named Kaldi noticed that his sheep began to act unusually frisky after eating berries from an unfamiliar plant. Curious, Kaldi picked one and popped it into his mouth. Within a few minutes, he was as hyperactive as a kid. He told of his discovery of this stimulator to scholars who used it to keep awake, and then someone made a "tea" out of it ("tea" out of coffee fruits without the bean is still known in Yemen and has a similar, but milder effect). The story says that then one day someone dropped a bean into the fire by accident, and thus coffe was born. Mocha, an old yemeni port, was the first and for a long time the only place to export coffee, hence the name "Mocca Coffee".

Scientific differences between tea and coffee

Tea and Coffee plants are members of the evergreen family. If allowed to grow naturally, both would develop into fairly large trees. But both plants are kept trimmed to the height of a shrub, so they can be manageably harvested. Both plants produce a drink whose flavor is subtly affected by the growing conditions, such as soil condition, moisture, surrounding vegetation, etc. Both Coffee and Tea have been naturally imparted with a chemical that provides stimulation, caffeine. Also, both drinks come from dried versions of a part of the plant. Finally, both use very similar methods of preparation.

Tea: Tea has approximately 55 milligrams of caffeine per cup. Various teas contain different amounts of caffeine. Green tea contains the least, about one-third the caffeine as black and oolong about two-thirds as much. The caffeine in tea is said to increase concentration, and enhance the sense of taste and smell. The effect of caffeine in tea usually takes longer to enter the blood stream than coffee therefore, seems gentler to the system. About 80% of the caffeine in black tea can be removed easily at home. Coffee: Coffee has approximately 125-185 milligrams of caffeine per cup. The caffeine in coffee is sometimes associated with a lift followed by a letdown. The effects of the caffeine in coffee are immediate and sometimes arouse feelings of anxiety known as "coffee jitters". Many varieties of decaffeinated coffees are available on the market today. Note: Studies have shown that tea or coffee drunk in moderation (two [it reported] cups of coffee a day and four or five cups of black tea) has no harmful effects.

Medical differences between tea and coffee

Coffee has just one real claim to fame—its caffeine content. Granted, caffeine is useful in alleviating asthma by helping relax the airways in the lungs. (In fact, the stimulant was used for precisely that purpose in Europe in the 1850s.) But that's about the extent of its practicality for health purposes. By contrast, tea is known for its abilities to fight both cancer and heart disease. There are two types of teas, black and green, which are essentially the same plant, Camellia sinensis. The difference is that black tea leaves are fermented; green are not. Teas of both varieties contain polyphenols, a class of flavonoids. These compounds function as powerful antioxidants that can protect your body from free radical stress. The most notable of these is quercetin, well known for its ability to temper allergic reactions and interrupt the oxidation of LDL, or "bad," cholesterol. Quercetin can also be very useful in helping to fight and prevent cancer. Apples and onions are some of the other foods that contain quercetin in high amounts. Green tea may prevent cancer, restrict blood cholesterol, control high blood pressure, lower blood sugar, suppress aging, deter food poisoning, prevent and treat skin disease, stop cavities, and fight viruses. Coming to Coffee, no strong results suggest that coffee may enhance health as greatly as Tea does. But it does help in combating drowsiness, temporarily boosting athletic performance, easing congestion due to colds and flu, preventing asthma attacks and enhancing the pain-relieving effects of aspirin. So, one can safely conclude that Tea, especially Green Tea offers great health advantages in long term over Coffee.

Tea vs Coffee: The Medical Mystery

For your heart: Research has proved that Tea is good for you heart since it decreases the serum cholesterol, triglyceride and free fatty acid. Tea also has antioxidants which will prevent the healthy cholesterol from turning unhealthy and thus fatal to the heart.

Coffee, on the other hand, has a fat-like chemical, called cafestol, which increases the cholesterol level. For those of you who drink decaffeinated coffee, the cafestol is not reduced by decaffeination. Decaffeinated Coffee = coffee with caffeine removed (actually reduced to a large extent). However, recent studies also show that coffee is good for preventing heart attacks. Caffeine neutralizes endogenous enzymes which cause vascular congestion leading to heart attack. Studies have shown that caffeine — an antioxidant — can increase brain function, lower the risk of cardiovascular disease and diabetes, and reduce the risk or onset of cancer and Parkinson’s disease.[1]

Illnesses countered by tea and coffee

Cancer: Tea has an important component called EGCG and theaflavin which suppresses the enzymes required for the growth of cancer cells. Remember, it only slows the process. Research is still being carried out on whether the high content of caffeine in coffee is a risk factor or not.

Asthma: Theophyline is used for treating asthma. Caffeine has very similar properties to Theophyline and helps in the stimulating the muscles by acting on the bronchial tubes. Coffee also constricts the blood vessels in the brain and is thus used in the medication of migraine. People who habitually drink coffee in the morning may develop a headache if they miss their morning coffee due to brain blood vessel dilation. Tea having lesser caffeine does not help much.

Pregnancy: Those who drink more coffee during pregnancy are likely to find their babies to be nervous and restless. Caffeine causes anxiety. Infact even tea should be avoided. A maximum of 3 cups of tea or 1 cup of coffee is allowed. After dinner: Tea also helps in digestion. It drives away the fatigue by flushing the system. If you drink coffee after dinner, you will take more time to go to bed. Since coffee has higher caffeine content, it is a stronger stimulant and increases the blood flow due to its central nervous system stimulation. Because of the increased effect on heart rate, there is more blood circulation through the kidneys (called clearance) and as a result, caffeine has a diuretic effect. Like Tea, coffee is good for digestion too. It is good for people wanting to work late after dinner (students) to have coffee instead of tea. Caffeine also stimulates histamine production and histamine in turn stimulates gastric secretion, That is why sometimes excessive caffeine may result in indigestion or heartburn.

A European study of over half a million people in 10 countries published in July 2017 in the Annals of Internal Medicine concluded that drinking coffee was associated with a lower risk of death from various causes. According to the study, people who drank two to four cups a day had an 18% lower risk of death compared with people who did not drink coffee. The effects did not vary by country so they are believed likely to be universally applicable.

Very hot drinks may cause cancer

In June 2016, the World Health Organization's (WHO) International Agency for Research on Cancer (IARC) published their research findings in Lancet Oncology which concluded that that drinking very hot beverages, which they defined as anything above 149F (65C) is correlated with higher risk of cancer of the esophagus.

The National Coffee Association recommendation is to serve coffee at 180–185F but most coffee shops serve their drinks at about 10 degrees below that, which is still higher than the level the IARC found to be linked with increased cancer risk.

In 1991 the IARC had labeled coffee itself as a possible carcinogen citing studies that linked coffee to a higher risk of bladder cancer. However, there is more data available now than there was in 1991. In fact, this latest study reverses the 1991 classification concluding that there isn’t sufficient evidence to classify coffee itself as a carcinogen. People who drink more coffee seem to have lower rates of certain cancers, including liver and endometrial cancers.[2]

Tea is a genteel beverage requiring preparation and time to sip. The pace is always slow, calm and tranquil, the beverage soothing. On the other hand, the coffee culture can be fast paced and frantic. Images of people in lines at the drive-through talking into microphones and driving around buildings to pick up huge paper cups of the daily special come to mind.

Coffee is extremely popular in the United States. 63% of Americans consume coffee daily and the average American drinks 23 gallons of coffee every year.[3][4]

Coffee consumption in America over the past 100 years

Prices for both tea and coffee vary by brand and flavor. Current prices for some of the brands are available on Amazon.com:

The wrongest might be that 3 cups of coffee will stop diarrhea. Coffee moves your bowels.

Coffee makes you three times awake, not help you to get sleep. That's why I never drink coffee at night if I can help it. My last cuppa usually is in the late afternoon.

http://www.webmd.com/food-recipes/features/coffee-new-health-food. This is just the first source of information. Can you please research more the next time and dont sound like you are selling tea?!.

Also coffee is known to loosen plaque, and aid in oral health.

There are several crucial errors and misinformation in this article. Honestly, this is ridiculous. You have several things completely WRONG. What about white tea? I urge anyone reading this article to read further , about tea specifically. Because there is much more accurate information on the net out that about it.